The decline in activity in materials moderated in May 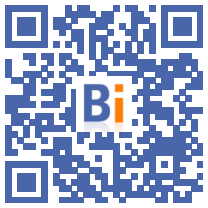 After a fairly dynamic start to the year, the outbreak of the Ukrainian conflict and its consequences in terms of the destabilization of commodity markets, put a brake on activity in the materials sector.

Soaring energy costs, added to supply tensions already fueled by the post-COVID rebound in activity, resulted in a jump in production costs in building and public works. Even if the books remain well filled, more in the structural work than in the TP moreover, the sites are struggling to be carried out, for lack of production factors available on the contractors' side and/or lack of sufficient financing on the customers' side, whether they are public or private. This complexity in completing the cost-price-quote equation weighs on the demand for materials, which could ultimately show a decline in 2022, thus extending the trend observed over the last three months on the aggregates and ready-mixed concrete market.

The UNICEM materials indicator also experienced a more moderate dip in May than in April, with respectively a drop of -2,7% against -8,7% over one year (CJO data). After a first quarter up +1,4% year-on-year, activity in the UNICEM materials basket is now contracting -1,6% year-on-year for the first five months of the year, alone the tile and brick segment remained bullish over the period, no doubt driven by the construction dynamic of single-family homes.

Construction and public works: Tensions on supply and costs

Questioned in June by INSEE, construction professionals were a little less optimistic about their future activity, but their opinion of past activity has improved again, thus maintaining the business climate indicator at a high level. . Order books are still at a historically high point in structural work (9,8 months) and the feeling of professionals regarding these books remains very favorable and well above the long-term average, which rules out the hypothesis of books artificially inflated by delays and difficulties in carrying out the works. However, the latter remain significant and nearly half of structural work companies (48,6%) are still unable to increase their production (a share down slightly compared to May at 57,4 %) while 72% of them face obstacles that limit their activity (staff, supplies, etc.).

It should be noted, however, that the share of construction companies facing supply difficulties stabilized in June, or even moderated, unlike those facing demand difficulties, the share of which, after reaching a low point , tends to straighten. We should perhaps see the first signs of the effects of the increase in the cost of construction sites and the difficulties in concluding the start of work. The recent downturn in housing starts could confirm this assertion.

Indeed, over the last three months from March to May, housing starts have stagnated compared to the previous three months, which were already down (CVS-CJO), leaving the trend at -5% over one year. It is the collective segment that is slowing down the most (-16% over the quarter) while, on the individual side, the dynamic remains engaged (+12%). In total, at the end of May and cumulatively over one year, just over 388.000 housing units had been started, i.e. +0,5% year-on-year. On the other hand, the vigor of the permits is undeniable even if since April the flow has moderated markedly: indeed, the anticipation of the RE2020 generated an abundance of deposits at the end of 2021 which, given the processing times (of around three months for the individual) boosted approvals in the first quarter. At the end of May, 502.800 housing units were authorized over one year (including 46% in collectives), or +16,4% compared to the previous year.

But over the last three months (March to May), the pace has fallen significantly on the individual as a backlash effect (-11,9% compared to the previous quarter) unlike the still sustained collective (+16,6%) . This stock of permits, which foreshadows future construction sites, should fuel demand for materials at least in 2022-early 2023 unless current constraints continue to limit the start of work and slow down completion times. On the non-residential side, the rebound in permits and housing starts remains well underway and constitutes a rather encouraging support factor. With 27 million m2 of premises started at the end of May over one year (+8,3%), the pace of progress has accelerated over the last three months (+20,2%), enabling a return to the levels of before the pandemic. As for authorized surfaces, they are part of a trend of +10% over the last three months, commercial structures (+66,7%), industrial (+32,1%) or offices (+22,4 %) displaying the strongest accelerations. The picture looks a little bleaker on the public works side, where activity has also slowed since March. Despite a better oriented month of May, the works carried out in total since January have stabilized over one year in value but are down -8,6% in volume. Similarly, order intake, although up +4,6% in value over the same period, fell by -4,8% in volume, once corrected for cost inflation (by the index TP01). While the conditions were met for an awakening of the notebooks (electoral cycle, recovery plan, etc.), the sluggishness of public procurement further distances the prospect of restarting work.

In construction as in public works, supply constraints, inflation of costs, prices and quotes therefore weigh on the volume of construction sites in progress or to be carried out, especially as the stock of orders is struggling to keep up. flesh out, as for public works. In doing so, the adjustment in demand for materials should be more marked on the aggregates side than ready-mixed concrete: initially expected around +1% in 2022, aggregates activity could fall back by -4% while ready-mixed concrete volumes, which were to stabilize at their high level of 2021, would record a decline of -3%.