The complex rescue of the Château de Villers-Cotterêts, a forgotten royal gem 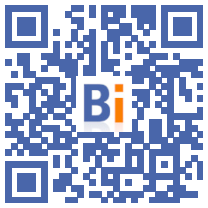 Restoring its Renaissance luster to a disfigured royal residence: this is the enormous challenge to be taken up by 2023 of the renovation of the castle of Villers-Cotterêts, which is to house the "international city of the French language" desired by Emmanuel Macron.

In this castle located in the Aisne, 85 km north-east of Paris, François I had issued in 1539 the ordinance imposing French as the language of administration: a founding act in the history of France.

For the past year, 250 workers and artisans have been busy behind plastic sheeting that covers walls and roofs. With public funding of 185 million euros, it is the second heritage site, after Notre-Dame de Paris. Topped with the second tallest crane in France.

This summer, at full speed, there will be 600 artisans from various trades working there. The first phase of the site, with the finalization of a tour telling the story of the French language, is due to be completed in spring 2022, the whole one year later.

This former royal residence managed by the Center des monuments nationaux (CMN) must become a place for both visits, research, training, innovation ...

In the middle of the forest of Retz, in the Valois where the expansion of the kingdom of France started, Villers-Cotterêts was, when it was founded in the XNUMXth century, a residence appreciated by kings who came to hunt and play tennis.

Molière, Corneille and Racine will perform several of their pieces there.

The Orleans family who inherited the castle will then impose their architectural renovations to the detriment of the original Renaissance imprint.

After the Revolution, the castle suffered deeply for two centuries from several occupations: it was used as a barracks, then as a begging depot for 85 years, then as a military hospital, a retirement home ...

"We must find the original architectural envelope, removing all incongruous additions, restore a monument in a state of advanced degradation in a very limited time," said AFP Xavier Bailly, administrator of the CMN.

It indicates the ceilings ravaged by humidity, the bas reliefs with salamanders (emblem of François 1er) almost erased.

"Like decayed teeth, every stone, every beam, is examined to decide whether it will be removed or saved," he explains.

Here, a beam is reinforced by a metal piton and filled with resin. There a capital carved in limestone from a quarry in the region awaits to be erected.

The Renaissance facades and three jewels - the king's staircase, that of the queen and the chapel - must regain all their splendor.

In the chapel, the XNUMXth century floor added by the Duke of Orleans will be removed to release the original vault on a wood-paneled frame.

For the rest, the interior walls added over the centuries are knocked down and the space is freed for innovative architectural gestures.

"As little is left of the past, this will allow visitors to move around in contemporary spaces", underlines Valérie Senghor, deputy director general of the CMN.

This giga-project, led by the chief architect of historical monuments Olivier Weets, must rehabilitate 3.600 m2 of roofs, 280 windows, 3.300 m2 of floors.

When it will be completed in 2023, the "international city of the French language" will offer, in addition to the permanent tour open from 2022, exhibition rooms, an auditorium and twelve artist residences. And a "lexical sky": over 600 m2 of glass roof, where words will be inscribed, some of which will light up at night.

In this economically troubled department, Emmanuel Macron would like Villers-Cotterêts to become "an innovation hub with start-ups working on the language", one told the Elysee.

For its success, partnerships have been forged with the International Organization of the Francophonie (OIF), channels such as TV5 Monde and many other French-speaking players.

By choosing Villers-Cotterêts, a municipality passed to the National Gathering, Emmanuel Macron intends to "lay down a republican reconquest project" and "an act of decentralization", it is stressed at the Elysee Palace.