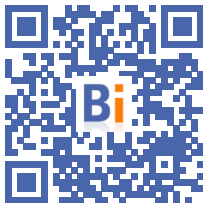 Showing some optimism, the Banque de France on Monday raised its growth forecast for the French economy this year, and estimates that it will even have returned to its pre-crisis level earlier, from the start of 2022.

The growth of gross domestic product (GDP) is expected to reach 5,75% in 2021, estimates the central bank in its last monthly economic survey, against 5,5% previously estimated.

The activity "would start to exceed its pre-Covid level from the first half of 2022", a quarter earlier than what it expected in March.

"On the road to emerging from the crisis, the French economy is not yet at the finish line, but is accelerating," commented the Governor of the Banque de France, François Villeroy de Galhau, at a press conference .

He specified that the level of activity had remained in May 4% below the pre-crisis, against 6% in April, and that it will be only 3% lower in June.

Growth will be marked by "a strong rebound in the third and fourth quarters, with sustained growth in household consumption," predicts the institution, which is thus more optimistic than the government which expects an increase of 5% of GDP this year.

On the other hand, the institute left its GDP growth forecasts unchanged for 2022 and 2023, at 4% and then 2% respectively.

The governor specified that the growth projected this year for France was higher than that expected in Germany, limited to 3,7%, and in Italy (4,4%), as well as the average for the euro area, estimated at 4,6%.

On the other hand, it would be lower than the 6,5% anticipated for the United States by the American central bank (Fed) in its forecasts for last March.

Alongside the health uncertainties, the Banque de France projections nonetheless identify three hazards that could threaten this optimistic scenario, namely the degree of use of the surplus savings accumulated by households during the Covid-19 crisis, "the extent and duration of tensions on the prices of inputs" (raw materials), as well as "possible increases in recruitment difficulties" feared by employers.

This surplus can create "a potential growth reserve (...) of up to 7 points of GDP", he insisted.

Apart from the anticipated upturn in consumption, the French economy is experiencing "a strong recovery in investment which reflects the confidence of entrepreneurs", according to the central bank.

Despite the current pressures on the price of certain raw materials, it is also counting on contained inflation.

The price increase would thus amount to 1,5% in 2021, "with however marked intra-annual movements, evolving year-on-year between 0,8% and 2,1%", forecasts the Banque de France.

Inflation should then drop to around 1,2% in 2022 and 2023, which would place it "significantly below the 2% target" of the European Central Bank.

On the labor market, the central bank expects "fairly significant net job creations from 2021 to 2023", with an unemployment rate which "would reach 9,3% during the first quarter of 2022, before decreasing significantly below 9% in 2023 ".

During the health crisis, "the partial activity has worked well", rejoiced Mr. Villeroy de Galhau, who underlined the difficulties of recruiting companies, once again as before the crisis a "traditional brake of the French economy" .