The accounts of the City of Paris certified by an auditor 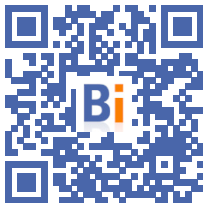 The accounts of the City of Paris, vilified by the right-wing opposition which accuses the left-wing executive of "insincerity", have been certified by a private firm placed under the authority of the Court of Auditors, which nevertheless issues seven reservations, according to a report sent to AFP.

"We are of the opinion that the accounts present sincerely (...) the heritage and the financial situation of the City of Paris as of December 31, 2021", writes the auditor of the accounting firm Grant Thornton.

This certification is part of an experiment of the decentralization law, known as Notre, of 2015, in which 25 French communities participate. "Paris thus becomes the second community whose accounts are certified from the first year", underlines the town hall.

Among the seven reservations expressed, the auditor points to the "314 real estate units present in the accounts which are not traced in the physical inventory" of land and buildings, "the absence of finalization" of the inventory of transport equipment and works of art or even "the insufficiency of internal control procedures relating to the physical inventory" of land, networks and road installations.

Subject to repeated criticism from the right-wing and center opposition, capitalized rents are also subject to a reservation, but only for those collected before 2016, when the last left-wing government authorized by derogation the PS mayor Anne Hidalgo to require social landlords to pay all rents over several decades to come.

For the finance assistant (PS) Paul Simondon, who reacted to AFP, this reservation about the absence of a "clear accounting framework" from the 1970s until 2016 clearly demonstrates that there is " no problem on capitalized rents since 2016".

In November 2021, the government had warned the town hall that this derogation could no longer be granted beyond 2022, considering that it was "constituting a budgetary risk of headlong rush".

"Between this certification made under the authority of the Court of Auditors" and the report of the Regional Chamber of Accounts (CRC) "which confirmed the cost of the" health crisis for the City, which it figures at 1,2 billion euros, "we have everything we need to no longer maintain the debate on completely ancillary subjects, accusations of insincerity", believes Mr. Simondon.

In November, the leader of the LR opposition, Rachida Dati, denounced the "insincerity" of the 2022 draft budget and wrote to the State to suggest "budgetary supervision" of the City.