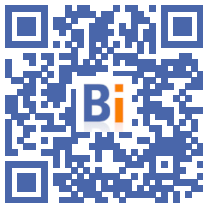 TotalEnergies CEO Patrick Pouyanné on Wednesday (November 23rd) lamented before French MPs the complications of regulatory procedures to authorize renewable energy projects in the country, while the government is struggling to speed up installations.

"It takes 14 authorizations to set up a solar plant in France", regretted Mr. Pouyanné, auditioned at the National Assembly as part of a commission of inquiry on the sovereignty and energy independence of France.

On this occasion, the CEO spoke of the paradox between "the climate emergency" and access to land in the form of an "administrative marathon", while the acceleration bill on renewables, adopted in the Senate in first reading at the beginning of November, is expected in the hemicycle of the Palais Bourbon on December 5.

This text intends to emphasize marine wind power - one of the "priorities" according to Mr. Pouyanné - and solar energy. At the same time, a government bill aimed at accelerating the construction of nuclear reactors must be examined by parliamentarians in early 2023, or even as early as the end of December.

"The ratio of the number of people (...) in our renewable subsidiary in France and in Europe, compared to the megawatts that we install, is twice as high as in other countries, because we have to manages all of this", illustrated Mr. Pouyanné.

Consequence: “at the moment in France, we install half a year of what we would have to do to be on the trajectory” of the objectives of renewable installations in 2023, he declared.

TotalEnergies conducts solar and wind projects in France, but also abroad in countries such as Qatar, South Korea, the United Kingdom and Brazil.

“If we really want to speed up these issues of building renewable, solar and wind energy, we have to find a way to properly articulate spatial planning, which can be the responsibility of local authorities,” said he added.

Patrick Pouyanné also admitted to the deputies that he had never been a "big fan" of nuclear power, from which he wanted to stay away, particularly since the Fukushima disaster in March 2011.

"This risk exists, and we said to ourselves that it was not possible to put it in our balance sheet", he declared, while warning the deputies: "do not neglect it in your mission".

This commission of inquiry, at the initiative of the Les Républicains party and lasting six months, must submit its report in April 2023.