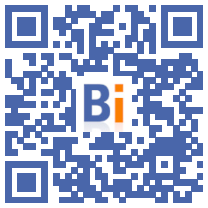 Prime Minister Elisabeth Borne on Friday defended investment in young people's apprenticeships, the cost of which was pinned down by the Court of Auditors, arguing that it was "a huge lever for equal opportunities".

The Court of Auditors strongly criticized on Wednesday the "unfunded" apprenticeship reform of 2018, whose "undeniable" quantitative success was achieved at the cost of a "doubling" of the cost while benefiting little to young people with the more difficulties in finding employment.

"I think we still have to consider that investing in our youth is major for our country. That young people have the impression that it's an obstacle course to get into professional life, I think. that it is something that can undermine the cohesion of our country", reacted Ms. Borne during a trip to the Village Natures Paris holiday center in Bailly-Romainvilliers (Seine-et-Marne) with the Minister of Labor Olivier Dussopt .

"Learning is a huge equal opportunity lever. I think it's a very good investment in our youth that is worth it," she added, recalling Emmanuel's goal. Macron to increase the number of apprenticeship contracts to one million, against "less than 300.000" in 2017 and 730.000 in 2021.

She also confirmed that the learning aid, which would run until June 30, would be extended - "at least until the end of the year" announced Mr. Dussopt at the end of May. The premium provided for under the "A young person, a solution" plan sets the aid for a minor at 5.000 euros, and that for an adult at 8.000 euros, which makes the cost of the first year almost zero.