Paris-2024: suspicion of sexist and racist remarks, three employees of the Solideo suspended 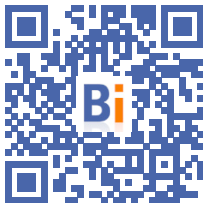 La Solideo, the company responsible for delivering Olympic books for Paris-2024, has launched an internal investigation and suspended three of its employees after accusations of sexist and racist remarks, we learned from the public establishment.

This investigation was entrusted "a few days ago" to the ethics officer of the Solideo following the sending of questions by the online newspaper Mediapart about sexist, racist and homophobic remarks made within the public establishment, according to La Solideo.

"We were seized with questions from Mediapart which reported extremely serious and shocking accusations to us, serious enough to trigger an internal investigation and suspend three employees in order to be able to establish the veracity of things," she said. Explain.

According to testimonies collected by Mediapart, which published an article on the subject on Sunday, of the three employees targeted by these accusations, two are company executives placed in key positions.

"There have already been malfunctions in the past which were treated seriously and up to what had been established, not necessarily on the same employees. But here, these are new accusations, extremely serious", clarified the Solideo.

The audit could lead to sanctions against the employees targeted by these accusations, she added.

La Solideo, a public industrial and commercial establishment (Epic) which employs a hundred employees, is chaired by the PS mayor of Paris Anne Hidalgo.

Responsible for building permanent structures for the Paris Olympics, the Solideo supervises 62 structures ranging from the athletes' village to renovations of gymnasiums, including bridges and walkways.

"Deviant behavior can happen in any organization", reacted, contacted by AFP, the cabinet of Anne Hidalgo who claims not to have been aware of "the extent of the accusations" before the investigation of Mediapart .

According to the latter, the cabinet nevertheless recovered in November 2020 the report of a former director of communication of Solideo alerting to "misogynistic, racist and homophobic remarks exchanged on a daily basis".

If "this former dismissed employee" did "report a series of things" to the cabinet, it "closed the chapter" because the person in question did not "officially enter the mayor, preferring stick to a transactional solution with his employer ".

"If what Mediapart says is true, it is particularly shocking", adds the team of the elected socialist, who "trusts" the general manager of Solideo Nicolas Ferrand "to make the decisions which are imperative to the outcome of the contradictory investigation ".

"No decision has been taken to fight against those responsible for such remarks until Mediapart takes it up and investigates," denounced the Paris councilor (La France Insoumise) Danielle Simonnet.

"At the City of Paris, such facts are multiplying and are of a systemic nature", supports the opponent to the mayor, who accuses the Parisian executive of "covering the actions and comments sexist, racist, LGBTphobic, in the name of between oneself ".