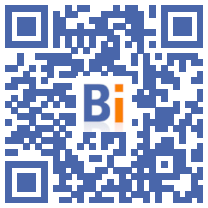 Growth should stand at 6% in 2021 according to the government's new forecast, Emmanuel Macron said on Monday, announcing a new investment plan for the start of the school year to "build the France of 2030". The objective of putting the country back on a path of full employment is a priority. Unemployment insurance reform remains on the program and will be "fully implemented" on October 1.

"Whatever the cost, to which I had committed in March 2020, has enabled us to protect our companies, our jobs", but also to "preserve the purchasing power of a number of French people and is origin of a vigorous rebound "in growth, estimated the Head of State during an address to the French.

This growth of 6% places France "at the head of the major European economies", declared Emmanuel Macron,

The government, which had previously expected growth of 5% this year, is thus aligned with the forecasts of the European Commission and INSEE, which both indicated last week to expect 6%.

In contrast, the Banque de France forecasts slightly lower growth, of 5,75% for the whole of 2021.

A summer with a slightly penalized tourist activity, but a less risky return to school: it is the economic bet of the executive who hopes to stem the nascent 4th wave and avoid more restrictive measures in the fall, potentially terrible for the economy. French.

By announcing Monday evening the upcoming extension of the health pass to customers and employees of many places open to the public - restaurants, cafes, shopping centers, transport, etc. - Emmanuel Macron has chosen a strong measure to encourage reluctant French people to get vaccinated against Covid-19.

The executive's hope is that by increasing collective immunity, it can avoid imposing restrictive measures similar to those suffered in previous waves of epidemics.

"If the incentive effect for vaccination is there, it will both weigh somewhat on tourist consumption (catering, accommodation, cultural consumption, transport) and at the same time probably make it possible to be more resistant to the disease. 'autumn", emphasizes Emmanuel Jessua, economist at the Rexecode Institute.

Moreover, the Head of State has shown his confidence in the economic recovery, by raising to 6% (against 5% previously) the growth forecast for France this year.

INSEE and the European Commission had done the same recently.

He even projected himself far into the future by announcing an investment plan to "build France for 2030", the application of the unemployment insurance reform on October 1 and the resumption of discussions on the reform. retirements.

"The recovery is stronger than expected. Consumption figures are higher than expected", Economy Minister Bruno Le Maire insisted on Tuesday morning on Franceinfo.

"The only thing now that can prevent us from reaching these 6% (...) is the sudden and massive return of the pandemic and its consequences on the economy", for example "the hell of closures administrative for all ", he insisted.

The first containment in spring 2020 brought the economy to a standstill with a 30% drop in activity, and the impact of that of November 2020 had been less but still very significant (-8% in activity) , some sectors in industry and construction having adapted to sanitary restrictions.

The President of the Republic also announced the launch at the start of a new investment plan, after the recovery plan of 100 billion euros decided last September.

This new plan will come "after the work and the consultations in progress".

"We will decide on an investment plan which will aim for one objective: to build the France of 2030 and to bring out in our country and in Europe the champions of tomorrow who, in the fields of digital technology, green industry, biotechnologies or still in agriculture, will shape our future ", did he declare.

Emmanuel Macron had already mentioned at the end of April "a second phase of the recovery", while 40 billion euros of the first plan have so far been mobilized from the total envelope of 100 billion.

The Minister of the Economy Bruno Le Maire had also, in June, judged "useful to reflect" on "additional investments" of the recovery plan, citing in particular the "hydrogen" sector, "electric batteries", "the cloud" , "space" and "investing in skills" and "training".

Emmanuel Macron said jobs had "resisted" during the pandemic, highlighting the creation of 187.000 jobs in May, even though 300.000 jobs have been destroyed since the start of the year.

"The priority for summer and autumn is to not only regain the level of employment before the epidemic, but also to put us back on a path of full employment", estimated the head of state.

In May, "we reached an unprecedented number of permanent contracts created, equaling our 2006 record in all sectors which, such as culture, hospitality, catering, sport, tourism, suffered the most" , where the support plans "made it possible to prevent human tragedies, bankruptcies and to envisage a peaceful recovery", Mr Macron continued.

"We remain fully mobilized to help those who have suffered the crisis more severely than others, employees working in companies which did not resist, where young people and the self-employed who, during this period, unfortunately fell into the poverty", did he declare.

Emmanuel Macron assured Monday that the contested reform of unemployment insurance, certain provisions of which were suspended by the Council of State, would be "fully implemented from October 1".

This entry into force corresponds to a "simple will", he summed up: "one must always earn a better living by working than by staying at home, which is currently not always the case".

The summary judge of the Council of State had estimated at the end of June that the "uncertainties on the economic situation" did not allow the new rules to be put in place on July 1, making unemployment compensation less favorable for employees having alternated short contracts and inactivity.

The current compensation rules for jobseekers have therefore been extended until the end of September.

The government, however, immediately indicated that its ambition remained "unchanged" and recalled that the Council of State had not called into question the reform in substance.

"We will continue to invest in lifelong training from this start of the academic year, we are training more job seekers over the long term than 4 years ago but this is not yet enough and I asked the government, from this start of the school year, to launch a massive training and re-qualification plan for the long-term unemployed ", also announced the President of the Republic in his televised address.

Here are reactions in the trade union and employers' world after Emmanuel Macron's announcements on Monday concerning the reform of pensions and that of unemployment insurance.

"The President of the Republic listens only to him. He speaks of consultation on pensions but he already announces that it will be necessary to work more", denounces the secretary general of the CGT, Philippe Martinez, in an interview with the Parisian.

"What do you want us to discuss with the government? On the reform of unemployment insurance, he considers that the decision of the Council of State to postpone part of the reform is a mishap. There he is, he is equal to himself, he starts over as before ".

"The president confirmed his intention to impose the reform of unemployment insurance and not to abandon the pension reform project", wrote FO in a press release, believing that this is "neither justified nor the moment" .

"FO disputes the merits of the reform of unemployment insurance" of which it denounces "the injustice towards the most precarious workers", as "the merits of the questioning of the pension system and the inevitability of raising the retirement age ".

"The reform (of pensions) is clearly postponed to after the presidential election. It is a decision of wisdom", estimated Tuesday on France 2 Laurent Berger, secretary general of the confederation.

"It was very clear, we had said, there is no way of passage in the fall for a reform on pensions. First we would have to discuss (...). the start of the presidential campaign, no doubt ".

On the other hand, the announcement of the entry into force of the reform of unemployment insurance on October 1 is not "fair", judged Mr. Berger.

"We saw the President of the Republic recently, we also saw the Minister of Labor. None said that it would be applied on that date," he said.

"It is always good in a speech to hit the unemployed by making believe that they receive more by being unemployed than in employment. So there is a little bit of populism in what was said yesterday".

"The Council of State must still decide on the substance of this reform to see if it is in conformity. And we repeat, this reform is unfair".

"We have a bit of the impression that Emmanuel Macron finally made a speech equivalent to his 2016 campaign speech, as if nothing had happened in five years," said the president of the CFE-CGC, François Hommeril, on RTL. "When the president tells us, almost tearfully, + I don't want people who have a pension of less than 1.000 euros +, I think we can agree with him. But is that what the problematic it is not precisely people who, in their working life, do not have enough to live on? "

"Macron announces to us, in elliptical terms, that he will continue to unfold his policy of social destruction in the short or medium term", wrote Solidaires in a press release. (...) "The Union Syndicale calls now to build a social return to the height of the attacks in preparation against the world of work".

The position of the President of the Republic on pensions was "the position we had adopted", noted the president of Medef, Geoffroy Roux de Bézieux, on LCI on Monday.