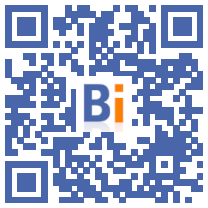 Emmanuel Macron on Thursday inaugurated the Hôtel de la Marine, an emblematic monument on the Place de la Concorde in Paris, which will open its doors to visitors from Saturday for the first time since the Revolution after having been completely restored.

At the end of the visit, President Macron met with the President of Fifa (International Football Federation), Gianni Infantino, since the Hôtel de la Marine now hosts a branch of this organization based in Zurich (Switzerland). ).

This monument, which represents "centuries of History", "will become a new place of attractiveness for France", welcomed the Head of State after visiting its golden salons, some of which recall the castle of Versailles.

He praised its restoration carried out by the Center des monuments nationaux (CMN), which "succeeded in reinventing the place" by "rediscovering its spirit" while "modernizing it", thanks to "French know-how", in particular "companions and craftsmen that we so badly need".

Built in the 1789th century by Ange-Jacques Gabriel, Louis XV's first architect, this vast building housed the Garde-Meuble de la Couronne until 200 before becoming, for more than XNUMX years, the seat of the ministry and then of the State. -Major of the Navy.

Philippe Bélaval, the president of the CMN, stressed that its restoration, carried out since 2017, had "hardly cost taxpayers" since less than 10% of its cost of 130 million euros was borne by the State, the rest being self-financed or supported by sponsorship.

The project was designed to be "open to the city" with a restaurant, café, bookstore and 6.000 m2 of co-working spaces. The building also hosts the headquarters of the Foundation for the Memory of Slavery chaired by former Prime Minister Jean-Marc Ayrault, since it is in one of its salons that the decree to abolish the slavery was signed. slavery on April 27, 1848 at the initiative of Victor Schoelcher.

The place will also be enriched in the fall by the Al Thani Collection, one of the most prestigious private art collections in the world.

The Head of State then went with his wife Brigitte to the Clairefontaine training center (Yvelines) for lunch with the players of the France team before the Euro football which begins on Friday.