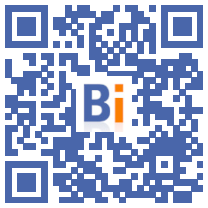 The State is "indifferent" to the reconversion of the territory located around the nuclear power station of Fessenheim (Haut-Rhin), criticized a few days ago the deputy (LR) of Haut-Rhin Raphaël Schellenberger, president of the parliamentary mission on the closure of the site.

"The political issue for the government was the closure of Fessenheim. As for what follows, the state is indifferent", lamented the deputy to the press in Colmar, after a visit to the power plant by a delegation of five deputies from the fact-finding mission which he chairs.

Mr. Schellenberger pointed out the "glaring contradictions" of State. The prefect of Haut-Rhin, with whom the delegation met on Monday, "finds that not enough innovative projects come from the territory", however elected officials met the same day recalled the "innovative projects" around hydrogen "ten times presented, and ten times dismissed", argued the MP.

"Local communities did what they had to do"he assured.

The fact-finding mission went to Fessenheim a week before the final shutdown of the second reactor of the power plant, scheduled for June 30, a decisive step before a long phase of dismantling.

However, his delegation was unable to visit the nuclear installations themselves, the site management having argued that "social and human tension" as this deadline approaches, reported Schellenberger. "I understand"he replied.

Established last February, the National Assembly fact-finding mission to monitor the closure of the power plant is responsible for one year to conduct field visits and hearings with representatives of EDF, the State, unions or anti-nuclear associations.

The hearings already conducted have highlighted "a lack of commitment and interest from the state", insisted Mr. Schellenberger in a text released to the press on Monday.

MP quoted "the technocentre project (pilot site for the dismantling of nuclear power plants) disapproved then finally cautiously supported by the minister (of the ecological transition) Elisabeth Borne", long overdue tax issues, or "the little, 10 million euros, which benefits the territory" with regard to the minimum 400 million euros in compensation paid to EDF.