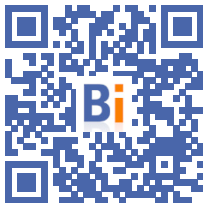 To feed into the work to develop the future French Energy and Climate Strategy (SFEC), the Ministry of Ecological Transition is launching a first phase of voluntary public consultation from November 2, 2021 to February 15, 2022.

Supervised by Isabelle Jarry, this process will make it possible to collect the opinions of the public on the main orientations of climate policy, while raising awareness of the challenges of climate and energy transition. A participatory web platform will be available from November 2.

The SFEC will constitute France's updated roadmap to achieve carbon neutrality in 2050 and ensure the adaptation of our society to the impacts of climate change. It will consist of the first five-year energy and climate planning law (LPEC), which must be adopted before the end of the first half of 2023 and rolled out by the National Low-Carbon Strategy (SNBC 3rd edition), the National Plan Adaptation to Climate Change (PNACC 3rd edition) and the multiannual energy programming (PPE 2024-2033), which must be adopted in the first half of 1.

The next five-year review of the PPE and the SNBC will therefore be preceded for the first time by the adoption of a programming law on energy and the climate, which will set the priorities for action in the national climate and energy policy. taking into account the raising of the European objective of reducing net greenhouse gas emissions to -55% by 2030. The SNBC and the PPE will be updated to implement the guidelines of this law, within a deadline one year following its adoption, that is to say before July 1, 2024. To strengthen the link between climate change mitigation and adaptation policies, the PNACC will be integrated into this process.

The scope of the technical and consultation work to be carried out in order to design a strategy shared by all the stakeholders means that work on developing the future SFEC will be started now. The fight against global warming involving social choices that will have concrete effects on the daily life of the French, the Ministry of Ecological Transition is launching a voluntary public consultation from November 2, 2021.

The platform on which the public can submit their contribution will be operational from November 2 and will allow a panel of questions to be answered on a dozen themes related to the challenges of global warming. Institutional players and businesses will also be able to participate, by posting stakeholder notebooks on the digital platform.

The Ministry of Ecological Transition will analyze the opinions, under the supervision of the guarantor. Contributions from citizens will feed into the work of developing climate and energy scenarios and identify the public policy levers favored by the French to achieve greenhouse gas emission reduction targets.

Barbara Pompili, Minister of Ecological Transition said: “France has set itself the objective in 2019 of achieving carbon neutrality by 2050. This new climate situation requires an acceleration of the country's decarbonization and a redefinition of our energy system, which is still two-thirds dependent on fossil fuels. This is why we must revise and deepen our ecological transition strategy. An energy-climate programming law will have to be voted by July 1, 2023 to define our new orientations for 2030 and initiate a decade of transition. Faced with the scale of the societal choices covered by this commitment, whether in terms of our energy infrastructure, our modes of production and consumption, our housing or our mobility, the Government has decided to launch a public consultation to that these new orientations be fully shared with citizens and businesses ”.

Isabelle Jarry, guarantor of the preliminary consultation, declared: “For me, the story started four years ago. Guarantor of the prior consultation in 2017 on the National Low Carbon Strategy 2, I have since observed an ecological awakening of our fellow citizens. Also, I will ensure that this voluntary consultation allows, on the one hand, to inform the general public with clear and accessible elements so that everyone can take hold of these complex strategies and, on the other hand, to collect contributions and arguments. aiming to translate the societal currents which are at work and which will have to be considered in the implementation of the future strategy ”.