Justice confirms the route of the coastal path of Saint-Briac 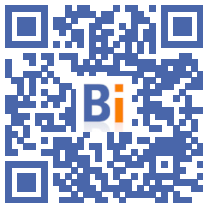 The Nantes Administrative Court of Appeal (CAA) rejected the appeals of wealthy local residents and confirmed the route of the coastal path of Saint-Briac-sur-Mer (Ille-et-Vilaine) in the heart of a close-up legal battle 40 years old.

Seized by residents of this upscale town on the Breton coast, the court refused to cancel the decree of February 4, 2015 by which the prefect of Ille-et-Vilaine approved the path of the path.

"It's a great victory after a long battle," said Patrice Bauché, president of the Association des Amis des paths de Ronde (ACR 35) in a press release. "It is the battle of the clay pot against the iron pot, a local association facing wealthy landowners and political leaders," according to the association.

Contacted by AFP, the applicants' lawyer did not comment.

Seized for the second time of the question, the Council of State had referred the case to the court of appeal of Nantes in July 2020. In its judgment, the court considers that "the risks and dangers" invoked by the residents for cancel the decree "in any event only exist in the current state of the cliff" and that they can "be prevented by reinforcement work carried out during the development of the path".

The court also considers that the swimming pool built by a local resident 20 years ago "without prior declaration" on the passage of the easement, "does not constitute an obstacle to the path of pedestrians", a passage having been fitted out on the terrace of this pool.

This path stems from the law of December 31, 1976 which sets the principle of a three-meter easement on private properties by the sea, so that hikers can pass through it.

A prefectural decree was signed in 1982 to authorize this journey along the Emerald Coast. But it had been canceled by the Council of State in 1988 for technicality, after the appeals of rich residents.

A new prefectural decree, taken in 2015, was also immediately attacked. Among the applicants were in particular the heir of a large road transport company (domiciled in Panama) or the Forbes family, from which former US Secretary of State John Kerry and former Minister of the Environment Brice come. The Londe.

Despite the appeals, the trail was inaugurated in May 2019 in the presence of the Prefect of Brittany.

For the vice-president of ACR 35, Gérard Prodhomme, "the victory was possible, despite the financial means of the opponents, because the associations worked in concert with the State".