In Marseille, an office building that has become an ephemeral city for artists 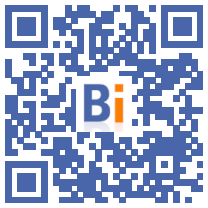 Nine floors, 10.000 m², a few meters from the Vélodrome stadium: destined for demolition in a year, an office building has become an ephemeral city for artists, in Marseille, as part of the "Buropolis" project.

"A big building with artists inside": this is the bet summed up in a few words by Raphaël Haziot, from Yes We Camp, an association specializing in the temporary occupation of urban spaces, at the origin of this operation.

While waiting to be demolished, in June 2022, by its owner, the real estate group Icade, then replaced by social housing bars, this former office building located in the 9th arrondissement of Marseille has found occupants: painters , architects, sculptors, craftsmen, photographers, designers, all trades intersect, over the floors, as in a beehive.

Friday, the day of the official inauguration of "Buropolis", 230 artists had found refuge in the building, in the heart of a European capital city of culture in 2013 certainly, but where spaces are lacking for creators, with only 13 workshops provided by the municipality.

"In a coworking room, everyone is at home. Here, it's like a small town, we share everything", explains Silvia Romanelli, costume designer.

With other members of a collective, she occupies a large space, on the 7th floor of the building. Rent: 3 euros per m². A godsend for this 35-year-old Italian who had to leave her studio in the city of Marseille, in the Panier district, her lease having expired.

"The only solution for artists would be precarious leases, from 12 to 18 months," regrets Sarah Netter, 28, from the Crocs collective, occupying another stage on the 3rd floor, with seven comrades. "The ideal would be workshops-housing, over 3 to 5 years", pleads the young woman, on her knees, sewing a gigantic dress for a theatrical performance.

A few meters away, Manon Delmas is working on ivy leaves, the skeleton of which she releases after removing the skin and pulp with tweezers and then a brush. Result, after hours of meticulous work and drying: a translucent veil as thin as the wing of a butterfly.

"A form of emulation"

At another level of the building, it is the Marseille branch of the Kourtrajmé collective which has set up its cameras.

On the 9th floor, 1.000 m² have been reserved as exhibition space. Among the first artists to express themselves, Morgane Hofner, from the Beaux Arts de Marseille, and her striking figures in colored pencil on fabric.

On the ground floor, the refreshment bar and the canteen. Next to it, a library and a reading corner for young people from the neighborhood.

But Buropolis is also dozens of individual workshops. Here the rent is close to 10 euros per square meter: "You can stay in your bubble but also take advantage of the community to recharge. This creates a form of emulation", explains Franck Conte, street artist and painter, known for having drawn portraits of OM players on the city walls.

“Marseille is where you have to be to build a network,” explains Violaine Barrois, 37, graphic designer. She lives in the north of Aix-en-Provence but she moves to her 12 m² in Buropolis every day: "I can't afford a workshop. 100 euros per month is beyond all costs. waiting! "

If Yes We Camp had the keys to the building in January, the first artists did not arrive until February. And it was first a month of collective work. The building being almost boneless, "we had to assemble the partitions, put up plasterboards, install toilets", explains Raphaël Haziot, forced to juggle an overall budget of 1,2 million euros, 80% of which was covered by rents paid by artists.

But in 12 months, the parenthesis will close.

"There is a sense of urgency, that's why we work on chain projects", explains Violaine Barrois: "It's like in a residence, we will have to leave a trace of our passage".