In Belgium, a "ghost town" determined to be reborn 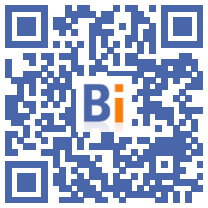 With its deserted streets and walled facades, Doel, north of Antwerp, is Belgium's most famous "ghost town". But its few inhabitants - 21 currently - now have the hope of seeing their city reborn.

It would be a dramatic turnaround for a place that has been steadily emptying since the late 1970s, when its population was 60 times larger.

Best known for hosting a nuclear power plant, isolated in the middle of the polders on the banks of the Scheldt, the small Flemish city was the victim of a project to extend the gigantic port of Antwerp which pushed the inhabitants to flee... but never saw the light of day.

Consequence: it has become a playground for graffiti artists, as well as a kind of morbid attraction for curious tourists and "urban explorers" who come to film themselves in ruined buildings.

The police patrol regularly to prevent vandalism and prevent the installation of squatters.

Only a church and two cafes - including one backed by a XNUMXth century mill - remind visitors that the village is not completely deserted.

"It's not a ghost town... Of course if you come here on Sundays, or especially in the evening, you see the empty houses and that's what gives rise to these types of comments," a woman told AFP. resident, Liese Stuer.

"It is very important that people know that we can still live here and come and settle," she adds.

This 37-year-old woman, a Dutch teacher for foreigners and freelance graphic designer, settled five years ago in Doel where her husband was already living.

As a child, she went there with her grandparents, who lived nearby, and she remembers the place as a popular destination to get some fresh air in the greenery.

But Doel's fate took a turn for the worse at the end of the 1990s, when the Belgian authorities decided to expropriate and raze several urbanized areas around the port of Antwerp - the second largest in Europe - to build a new quay at containers.

If most of the inhabitants left, a handful of diehards remained and decided to challenge this project in court, while promoting street art to brighten up empty houses.

"Scars of the Past"

After a series of twists and turns in court, victory was won in 2019 when the Flemish regional government confirmed that the village could be kept.

Three years earlier, in 2016, the Belgian Council of State had invalidated the project to extend the port, based on a decision by the Court of Justice of the EU which insisted on the necessary preservation of the marshes on the edge. of the Scheldt.

Liese Stuer explains that she stayed in Doel for nature, and for the solidarity and the links that have been created between residents.

"The green that we see here in the summer is really nice (...) it's the place where I want my child to grow up", continues the graphic designer. "And then I don't feel isolated, not at all, the atmosphere is very warm here".

On the form that the resurrection of the place will take, discussions are continuing between authorities and inhabitants.

In December, the municipality presented a plan aimed at gradually welcoming new inhabitants and renovating an old beached boat, while building a new quay for the needs of port traffic.

"We know that the village will not disappear ... It does indeed have the image of a ghost town, but it should not be," assures AFP Matthias Diependaele, Flemish Minister in charge of Finance and Heritage. real estate. The Flemish government now owns all but one of the houses.

"The most difficult thing is that we know for a fact that right next door there will be port activity 24 hours a day, seven days a week," he adds.

At this stage, no timetable has been set, it is only a question of specifying the projects in the weeks or months to come to revive Doel.

"I really hope that they will evolve in the direction of returning to a normal village, with its scars, of course... They will always be visible, the scars of this recent past", loose Liese Stuer.