Ignoring the epidemic, the government wants to accelerate the economic recovery 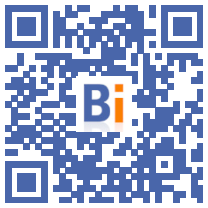 Despite fears of new health restrictions, the government wants to "accelerate" the deployment of the stimulus plan to stimulate the recovery of the economy, and is also looking for the miracle solution to mobilize the considerable savings stored by the French since the start of the war. 'epidemic.

"My objective is to accelerate the deployment of this recovery plan, and whatever the health situation", said Monday the Minister of the Economy Bruno Le Maire during a press point, estimating that the health situation should not not be "an obstacle" to the recovery.

The challenge is sizeable, with a whole section of activity, particularly in tourism, which is still massively affected by the persistence of the epidemic and for which emergency support continues.

At the same time, many sectors have recovered well, and are already looking to the future, especially in industry, which is much less penalized by the curfew.

Growth in manufacturing activity thus reached its highest level in three years in February, according to the monthly survey by IHS Markit.

The government is therefore counting on the momentum of the recovery plan of 100 billion euros by 2022 to support French growth, which it still expects at 6% this year.

Of the 40 billion euros that the government intends to spend by the end of the year, 16 billion have been deployed, to which must be added the annual reduction of 10 billion euros in production taxes. .

The plan has three essential components: support for industrial investment, ecological transition, and assistance for training and employment for young people.

More than 30.000 companies, 70% of which are SMEs, have benefited from it at this stage, and a million households and young people, said the minister.

To accelerate on the industrial side, one billion euros of credits will be redeployed, confirmed Mr. Le Maire, in the logic - fixed at the announcement of the plan - to favor the projects which will be the fastest to succeed.

The relocation of critical industrial sectors will be endowed with an additional 250 million euros, or an overall envelope of 850 million, while the Industrial Territories system will benefit from 150 million euros in addition to the 400 million planned.

Finally, the digitization of small and medium-sized industrial enterprises has seen its budget drop from 280 million to 880 million euros.

Another step forward: France has finally obtained the green light from Brussels to deploy participatory loans, dedicated to strengthening the equity of companies damaged during the crisis. It will be detailed on Thursday.

On the other hand, there is no question of adding additional credits at this stage, as claimed for example by certain economists or the Medef. "Our objective is to spend the existing credits quickly and efficiently", said Bruno le Maire.

No tax on savings

The president of Medef Geoffroy Roux de Bézieux had notably pleaded at the beginning of January for the establishment of a "second part" of the plan, dedicated to the recovery of the most difficult sectors (hotels, events, etc.).

He also advocates targeted measures, such as a green check, to encourage households to consume the savings they accumulated last year both for fear of the future but also because of consumption prevented by consumers. health restrictions.

Household savings are also the other "challenge" of the government for a successful recovery, recognized Bruno Le Maire.

Last year, households gathered additional savings of 100 to 120 billion euros, according to the Banque de France, and it could reach 200 billion by the end of 2021.

Bercy is working on "incentives" but rejects any "taxation" of this savings, said the minister, while some left-wing elected officials and economists are proposing to introduce an exceptional tax on the wealthiest households or on companies that have taken advantage of the crisis, like the retail giants.