For carbon neutrality, the sector calls for an acceleration of offshore wind in France 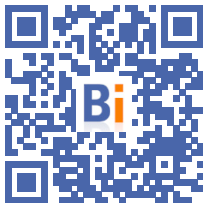 Offshore wind power, very late in France, must accelerate sharply if the country wants to achieve carbon neutrality in 2050 in the face of climate change, the sector called on Thursday, which advocates a "realistic" objective of 50 gigawatts (GW) in mid-century.

This means more than doubling current projections, from 1 to 2 GW per year initially, calculated the Syndicate of renewable energies (SER) and France wind energy (FEE).

All the energy scenarios, produced recently by the electricity grid operator (RTE) as well as by Ademe, underline the growing and unavoidable part that renewable sources will play in the future, regardless of the part assigned to nuclear power.

Therefore, onshore wind power, marine wind power or photovoltaic panels, "we will need all three! If we abandon one or the other, there will be neither carbon neutrality nor security of supply", warns Michel Gioria, the general delegate of FEE.

The very first marine park should enter service in France in 2022, off Saint-Nazaire, ten years late. At this point, 3,5 GW has been allocated.

For 2050, RTE mentions 22 to 62 GW, depending on the choices made. For the SER and FEE, 50 GW is a "realistic" objective, given the already competitive prices of the technology, or the space required (2,8% of the metropolitan maritime space, according to them). They advocate an intermediate milestone of 18 GW in 2035, enough to supply electricity to 14 million homes.

"Everyone, including the public, asks for greater visibility. This is the case in Germany, which has precise planning, which is regularly reviewed," said Yara Chakhtoura, of FEE.

From 2022, France must rethink its energy roadmap, as the Netherlands, Great Britain, and even Germany with a much smaller coastline have already done (which is targeting 30 GW in 2040).

"We are asking for a clear political will," said Jean-Louis Bal, president of the SER, who began as FFE to make contact with the presidential candidates. "We have strong support from the Ministers for the Ecological Transition or for the Sea, but others have more ambiguous messages, and this is reflected in the way in which the administrations act" in the regions on authorizations.