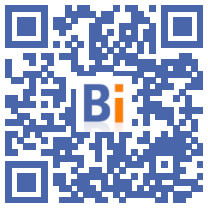 While the so-called “Climate and Resilience” bill will be debated in the National Assembly in the coming days, the Order of Land Surveyors (OGE) calls on the Government to expand the text to make it a real orientation law. in terms of balanced land use planning.

As guarantors of the sustainable living environment, surveyors have been mobilized for several years to support the State in the policy of land sobriety and reduction of the artificialization of soils that it has initiated.

In January 2020, already, the EMB was invited to join the interministerial working group Zero Artificialization Net and Wasteland after having published a manifesto and formulated 10 proposals going towards the protection of agricultural and natural soils, in an approach taking into account the specificities of each territory. This is why today the profession fully welcomes the ambitions displayed by the Citizen's Climate Convention and supported by the Government through the Climate and Resilience bill and its “Housing” section.

However, the surveyors wish to alert the Government to several measures, the drafting of which is now likely to cause effects contrary to the expected results.

An inequitable and incomplete method of analyzing the artificialization of soils

By determining the objectives for reducing the artificialization of soils in relation to the construction projects carried out over the last ten years, the Government could see an increase in desertification in certain regions. This method would lead the towns and villages which have chosen to force the artificialization of their soils in the past to no longer have the possibility of building new housing, of reopening schools, shops or services.

Conversely, the territories having over-consumed their natural and agricultural spaces would be “rewarded” with the granting of an additional right to be artificialized, to the detriment of thrifty territories. Large urban areas would continue to expand, with the growing risk of destruction of ecological corridors and reservoirs of biodiversity that still separate them today.

A definition of the notion of artificialization to be clarified

Then, the notion of artificialization still needs to be clearly defined. Currently based on a macro-spatial vision, it is essential that this definition, and the associated measures to observe future developments, take into account all the truly artificialized land (not including gardens, parks, etc.).

The EMB's proposals to reconcile land rebalancing and nature conservation

Major players in the planning of metropolitan and overseas territories, surveyors occupy a privileged position of observation that provides them with detailed knowledge of local issues. This is why the EMB is now making four amendments as part of the Climate and Resilience bill: