Cohabitation or eradication: in Paris, the fate of rats divides elected officials 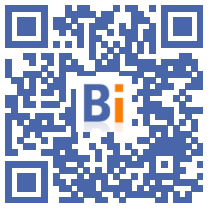 They are several million in Paris and leave no one indifferent: rats regularly sow discord in the Parisian political debate.

The last episode began with a wish proposed by Paul Hatte, elected opposition member (LR) from the 7th arrondissement, during the Paris Council on July XNUMX. Rejected by the majority, this wish called for an audit of the measures put in place by social landlords to fight against the proliferation of rats in the common areas of housing.

“Deratization is completely forgotten by the town hall of Paris”, underlines Mr. Hatte with AFP. Since 2018, the elected officials of the XNUMXth arrondissement, in the northwest of the capital, have been particularly mobilized in the fight against rodents, with the creation of citizen brigades and the launch of a reporting site.

“The executive does not provide the necessary political and technical means,” adds Mr. Hatte, criticizing the central town hall for not leaving enough freedom to the district mayors in the policy of rat extermination.

The City of Paris defends "a large-scale action plan launched in 2017 to limit the number of brown rats". The plan translates into two axes: a direct fight to reduce the population (traps, rat poison, etc.) and actions to limit their access to waste (new containers and bins, public awareness campaign).

The City's rat control policy has also been the subject of criticism from Douchka Markovic, elected from the Animalist Party in the 7th arrondissement. At the July XNUMX Council, she regretted the use of lethal methods against rats.

Her speech, when she insisted on designating the rats by their real name of "brown mouse" and "legitimizing their place in the cities", led to criticism and ridicule on social networks.

The National Academy of Medicine denounced "the ingenuity of these remarks", recalling that the rat remains a threat to humans because of "many zoonoses transmissible by its exoparasites, its droppings, its bites or its scratches".

These health risks are nuanced by the City of Paris which recalls that "the rat, very fearful, is not a predator by nature". She believes that transmissions are reduced because "there must indeed be direct or indirect contact between humans and animals, and direct contact is extremely rare".

"Humans have always tried to eradicate rats but it's impossible. We have to think about other methods", explains Douchka Markovic to AFP, who also points to the cost of deratting. In 2017, the City of Paris estimated the annual cost at 1,5 million euros; a cost encompassing all the measures (rat extermination campaigns, cleanliness actions, change of street furniture, etc.)

"It's a very sensitive subject politically", judge Grégory Moreau, deputy (EELV) in the XNUMXth arrondissement, who regrets "the reluctance of the Town Hall" where the question is torn between several delegations (cleanliness of the space public, health, animal condition, etc.).

“We are trying to develop non-lethal methods in parallel with traditional techniques”, assures Christophe Najdovski, deputy in charge of the revegetation of public space, green spaces, biodiversity and animal condition.

Mr. Najdovski insists on the need to act upstream, "to ensure that rats do not have access to food", and on the "civility" necessary to reduce waste in public spaces.

Experiments are also planned in the XNUMXth and XNUMXth arrondissements. Among the test tracks, "cleanings will be carried out on some sites at the end of the day rather than in the morning", specifies Mr. Moreau, at the initiative of this project carried out in partnership with researchers from the National Museum of Natural History. .

The goal is to limit the nocturnal exits of rodents while their presence reduces the amount of waste in the sewers.

Among the reasons for the rise to the surface of the rats are the (numerous) works undertaken in the capital. Two years from the Paris Olympics, the political soap opera should therefore continue.