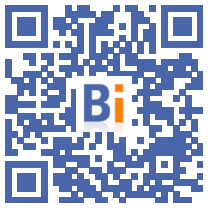 As the second week of COP26 begins in Glasgow (United Kingdom), Barbara Pompili, Minister for Ecological Transition, sent a message to the participants of the Citizens' Renewable Energies Conference, which will be held in Nantes on Monday, November 8. . On this occasion, the Minister announced 10 measures to accelerate the development of renewable energy projects with local governance.

With the publication of the Pluriannual Energy Programming in April 2020, France is committed to increasing the share of renewable energies with ambitious deployment objectives. Renewable energies represented 19,1% of total energy consumption in 2020 and will have to reach 33% of the total energy mix by 2030.

To achieve these objectives, citizen projects are today a key factor in allowing a balanced development of renewable energies, based on the initiative of citizens and communities.

In 2021, 256 RE projects with local governance have already been launched, of which 142 are in operation for around 200 MW in operation, including 15 wind projects which total nearly two-thirds of the total capacity and 94 photovoltaic projects. Almost 100 additional projects are also under study. In total, 19 citizens are involved in these projects. The Government's objective is to amplify this dynamic by supporting and facilitating the development of citizen initiatives.

Based on the conclusions of the working group, Barbara Pompili announces today 10 measures to accelerate the development of citizen renewable energies, among which:

Barbara Pompili, Minister for the Ecological Transition, declares: “The scenarios proposed by RTE to achieve carbon neutrality in 2050 provide certainty: we must massively develop renewable energies and whatever the path chosen for the future of our energy mix. I have always been convinced that citizen projects constitute a relevant solution to contribute to this development by focusing on local dynamics. Today, we are turning a corner: after months of work, the working group that I launched to go further in local governance projects has produced the roadmap that we are publishing today. Our ambition is clear: to multiply by five by 2028 the number of citizen projects in our territory. I invite all stakeholders to take up these measures, already operational or to be deployed, to make this objective a concrete reality ”.