The Antin fund invests in renewables in the United States 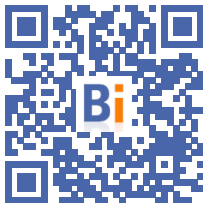 The French infrastructure investment fund Antin announced on Monday the acquisition of a majority stake in the American renewable energy company Origis Energy.

This is its first takeover announcement since its IPO on September 23, during which the fund raised a total of 632,5 million euros.

Antin Infrastructure Partners indicates in a press release that it has bought part of the stake held by Origis Energy CEO Guy Vanderhaegen and by Global Atlantic Financial Group.

Mr. Vanderhaegen, who will continue to lead the company and "will retain a significant share", welcomed the opportunity "to participate in the strong growth of the US renewable energy market, which benefits from a favorable regulatory environment, favorable corporate policies and strong technological fundamentals ".

The closing of the transaction, the amount of which is not specified, is scheduled for the end of 2021, after obtaining the usual regulatory authorizations.

Since its creation, Antin has managed € 19,9 billion in assets and has made investments in 28 companies.