Apprentice hiring aid will be paid by February 5, says Borne 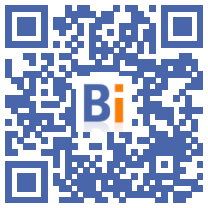 Bonuses for the hiring of apprentices not yet paid will be paid by February 5, Labor Minister Élisabeth Borne assured AFP on Monday, in response to criticism of late payment to companies.

But, "nearly 57.000 validated files are now awaiting a RIB and therefore cannot be paid", she explained.

There is therefore a stock of around 90.000 validated and complete but unpaid files (the 100.000 unvalidated files are still under review for the most part).

"We have recruited 200 more people at ASP since mid-November to catch up by the end of the first week of February," she explained.

This is in particular due "to the stronger success than envisaged for this bonus", she added, stressing that in addition 250.000 of the 350.000 aid applications have been filed since mid-November, therefore on "a pace in acceleration ".

"I have instructed the ASP to prioritize paying micro-businesses / SMEs, which are more sensitive to cash," she added.

In Le Parisien on Monday, the CPME considered this delay "very damaging" given the financial situation of small businesses.

In addition, for aid in the hiring of a young person under 26 with a contract of at least three months, the ASP received 230.000 applications but only 50.000 were validated and 6.000 paid.

"Many files were not eligible", explained Ms. Borne, whether on the date of hiring (from August 1), the minimum duration of the contract, etc. In addition, payment (1.000 euros each quarter of the contract for one year) is only made at the end of the quarter.

Aid for the hiring of young people, which was to end at the end of January, has been extended until the end of March, as has aid for apprenticeships. It could be longer depending on the evolution of the crisis.

The Ministry of Labor also announced on Monday the launch of a communication campaign aimed at young people and businesses around its platform "1jeune1solution.gouv.fr", which lists the various employment, training or support systems .

According to the ministry, 60.000 job and work-study offers and 8.000 civic service missions are currently available on the site. And 3.000 young people have been called back by their local mission since the launch of this platform at the end of November.