After the niet of the unions, the pension reform compromised 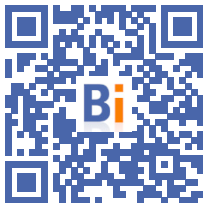 The pension reform, put back on the agenda this summer by the President of the Republic, seems to be deadlocked in the face of the social partners' unanimous refusal to open a consultation on the subject before the end of the five-year term.

The President of the Republic had reaffirmed on July 12 his will to initiate the reform "as soon as sanitary conditions are met", asking the government to "work with the social partners on this subject at the start of the school year".

The trade unions, received in Matignon since Wednesday for a broad overview of topical issues, have unambiguously closed the door to possible discussions, seeming to seal the fate of a reform that was a campaign promise of the candidate Macron in 2017, and is expected to return in 2022.

"There is no way forward for any reform by 2022. And therefore any consultation that would take place would be a little lunar (...). We are not going to start discussing with a government to feed the program of a candidate. It does not make sense, "tackled the secretary general of the CFDT, Laurent Berger.

His counterpart from the CGT, Philippe Martinez, evacuated the question in "thirty seconds" during his meeting with Jean Castex. "There is no question of consulting on pensions. It is a subject of tension, and if it is to discuss the extension of the retirement age, we will not be there", a he summed up.

The president of Medef Geoffroy Roux de Bézieux himself recalled that if it was necessary "to address the subject of the retirement age, the number of quarters of contributions", we could not "do it on the sly in a few minutes. weeks ". "It is a subject of democratic debate for the presidential election," he ruled.

Same story, on the union side, for Force Ouvrière, the CFE-CGC, and the CFTC, and on the employers' side, for the U2P.

On the other hand, several organizations have declared themselves open to discussions on the employment of seniors, a related issue as pointed out by the president of the CFTC, Cyril Chabanier. Raising the retirement age, "if it is to turn retirees into unemployed, it does not help much," he said.

"Pressure on the branches"

This "niet" of unions and employers did not surprise the executive, which also stresses that even if the fourth wave tends to ebb, the health crisis is not completely over. And that the subject of pensions is only one among others.

The health crisis was of course imposed in the discussions, Philippe Martinez thus expressing his fear of a "health catastrophe", if "5 or 10% of the staff" of the hospitals leaves because of the obligation vaccine. "Rather than forcing, we (must) continue to discuss", he recommended.

Mr. Roux de Bézieux reiterated his wish that the health pass "lasts as little as possible" and invited shopping centers to be exempted from it.

He suggested to the Prime Minister to re-examine the rules concerning collective catering in companies, and told the press of the "commitment" of the executive to "review this part".

Another hot topic - and controversy -, that of wages, that the Minister of the Economy Bruno Le Maire himself put on the table last week by inviting to "ask again the question" of an improvement in remuneration.

The CFDT wants the government to put "pressure on the employers 'branches when they have benefited from aid", while the CGT and Force Ouvrière are calling on the state to increase the minimum wage and the civil servants' index point.

In Matignon, it is stressed that the government will not "decree a general increase in wages" and that work has begun in certain branches to discuss "minimums and classifications".

Mr. Roux de Bézieux returned the ball in the court of the State, affirming that for "the wages in the trades of services, which are the least paid trades but which also have the weakest margins for the company, l 'example must come from the State ".

The government should also make known "very quickly" its arbitrations concerning the commitment income for young people, according to Mr. Martinez.