A historic fortress in the Hautes-Alpes sold for 661.000 euros 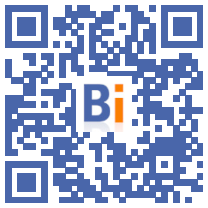 The castle of Fort Queyras, an imposing building nestled in the heart of a narrow valley in the Hautes-Alpes, was auctioned for 661.000 euros at the Gap court, its former owner told AFP.

The buyer is a real estate company (SCI) based in Aix-en-Provence, detailed François Marty, who does not know the final beneficiary. His request to postpone the hearing was denied.

Due to financial difficulties, his bank had led him to sell this complex of ramparts, buildings, courtyards and keep, totaling 6.500 square meters of which 3.500 could be converted, which overlooks the Guil river in the Queyras valley.

"Disappointed" by a sale price "not in line with the value of the site" - he expected 2 to 3 million euros -, he considers this sale "distorted" by the conditions of the auctions, carried out in full confinement.

"At that price, there will certainly be an outbidding", he adds, assuring that "anyone can say + I raise +" within ten days, which would cause a new auction audience, according to him.

"It is necessary that the future buyers are not hampered in their movement" for the visit of the castle then the sale, continues Mr. Marty, a real estate investor based in Aix-en-Provence.

Three lawyers "pushed the bids" for their clients during the hearing at the Gap court, said the former owner. He ensures that this sale price reimburses "just" his debts with his bank.

According to the mayor and an association of friends of the fort, a commercial lease attached to the sale would prevent the new buyer from having immediate enjoyment of the property.

This is what had held back the town hall in its intention to preempt the building to make it a tool for tourist development.

The presence of Fort Queyras on this hill is attested from 1265. At the end of the XNUMXth century, Vauban reinforced and modernized it to better defend the nearby Italian border.

The castle is occupied by the army until its demilitarization after the Second World War, then was bought by successive private owners until Mr. Marty.