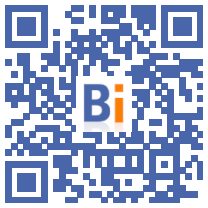 Aboard a canoe driven by the force of his arms and the wind, Vincent Grison, a 34-year-old naval architect, is about to leave Rennes for the North Pole, a three-month expedition to tell about "the disappearing pack ice" .

The departure of "Rennes-North Pole" is scheduled for Saturday at 10:00 am from the town hall square in Rennes. At first, he explained Thursday, Vincent Grison will join Saint-Malo by towing his boat by bicycle. His canoe, the "Ice Breizh", will then be transported to Iceland, located 300 km from the coast of Greenland, aboard a 16-meter sailboat.

He originally wanted to reach Spitsbergen (Norway) but due to international restrictions linked to the Covid-19 epidemic, he had to review his route plan: he will join Greenland by the east by paddling, helped by the wind and kites operating like kite-surfing.

This tall chestnut-haired thirty-something himself designed and built this fluorescent yellow single-seater canoe. Measuring 5,50 m long by 1 m wide and 1 m high, the boat which is made of composite materials weighs 100 kg, produces electricity with solar panels and can carry 40 kg of dehydrated food and also gas refills.

Vincent Grison, who already practices solo races, will pilot his canoe from his cabin which will also serve as a "place of life" and of rest, seated on a canvas seat stretched like a hammock, as a journalist from the AFP.

He hopes to be on the ice between June 10 and 24 and plans to return to Rennes between the end of July and the beginning of August.

Its project, initiated "in May 2020 after the first confinement" brings together around thirty partners, including the University of Rennes 2, which provides support for a "satellite ice detection program". This should allow the boat to make its way between the blocks of ice.

Supported by Rennes Métropole, the project also has an educational dimension: 3.000 Rennes schoolchildren have been following the preparation of the expedition for several months.

"The idea is to talk about the North Pole and its disappearing pack ice. It is an area that heats up three to four times faster than the rest of the planet, in a few years it will have completely disappeared in the summers", explained Thursday before his departure Vincent Grison.

The public will be able to follow on Facebook (www.facebook / RennesPoleNord) the journey of the thirty-something who has planned to give interviews, and to post photos, videos, which will feed a podcast and a blog.

When asked if he sees himself as the "Thomas Pesquet of Brittany", Vincent Grison replies: "Ah, if only I could go into space ...".