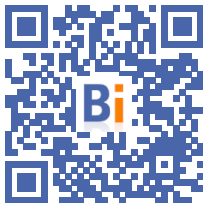 The city hall of Paris will concentrate its road works and those, underground, of the concessionaires (water, gas, electricity) on a district of each district for one year in order to then offer it "five years of peace".

A hundred trees planted by district, streets more peaceful and accessible: the operation "beautify your district" which will begin at the end of 2021 aims, not surprisingly given the program of the mayor PS Anne Hidalgo, to "vegetate, pedestrianize the city ", explained to AFP Jacques Baudrier, the deputy (PCF) for public construction.

But the "approach" also aims to "avoid poisoning the lives of Parisians with a succession of poorly coordinated projects," said the first deputy (PS) Emmanuel Grégoire Friday during a press point.

This new "philosophy" is to "concentrate in specific windows, in the same place," classic works of the city, of the concessionaires (maintenance of water networks, gas, district heating, telephony) and "major sites" already. known, in order to then offer several years of tranquility to residents, assured Mr. Grégoire.

Among the 15.000 annual projects that the roads of the capital undergo - as much as the buildings -, according to Mr. Baudrier, 80% are carried out by the dozen of city concessionaires (RATP, Enedis, GRDF, CPCU ...) and 20 % by the municipality itself.

In the first mandate of Anne Hidalgo (2014-2020), "each of the actors, including the concessionaires, defined an annual work program", which could lead to different works "four years in a row" for the same sidewalk, traces the elected Communist.

From now on, "there are 17 districts of Paris where there is a lot of work at the moment and there will be no more for five years", he summarizes.

An envelope of 5,5 million euros - 7 million for the twenty districts defined as "popular" - is planned for each of the 83 Parisian districts, cut out on the basis of a scale of 30.000 inhabitants.

Public consultations to define priority projects began at the end of 2020. The district mayors then chose their first district in which to concentrate this work, validated in a public meeting.

At the end of her first term, Anne Hidalgo, criticized for the number of projects underway in the capital, had recognized a "real embarrassment". This did not prevent her from being widely re-elected in June 2020, before launching in September in the presidential race.