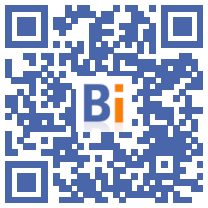 A hundred elected left of Ile-de-France alerted Thursday in Malakoff, near Paris, on the "catastrophic" situation of housing, social and beyond, in the metropolis, and call for a demonstration to place this "absolute urgency" at the center of the debate.

In the most popular towns of Ile-de-France, "a mayor can no longer leave the town hall without meeting dozens of people who turn to him" to request an acceleration of his housing application, notes Patrick Jarry, the mayor (DVG) of Nanterre, president of the housing commission of the Metropolis of greater Paris.

At the end of 2020, 743.000 people were applicants for social housing in Ile-de-France, according to the regional housing committee cited by these elected officials, while each year, approximately 70.000 housing units are allocated, 60.000 in 2020.

"If we stay like this, the crisis will worsen", he said during a press conference organized in Malakoff, communist commune of Haut-de-Seine, to announce this position of 95 elected officials Ile-de-France, including 17 mayors.

They call for demonstrations on November 10 at 18:00 p.m. in front of the Ministry of Housing, so that "the streets of Paris hear the cry of these families who are waiting for social housing or those who want to own property," said the mayor of Nanterre.

The mayor (PCF) of Malakoff Jacqueline Belhomme wants to defend, in the face of gentrification, "the right to live at the gates of Paris without cutting an arm, see two."

According to elected officials, in 2010, 400.000 people requested social housing, and the figure could rise to a million if "we do not move in political behavior", continues Michel Leprêtre, president of the Grand Orly Seine Bièvre intermunicipal association, in the Val-de-Marne.

"We want this question to become one of the first in the debate for the presidential election," added Mr. Leprêtre, who suggests that all elected officials in the region join their call.

In passing, Mr. Jarry criticized the government "which came to power without a housing policy" and which "drained the funds of social landlords".

These elected officials propose to include social housing in private buildings, because "nobody wants us to rebuild large complexes in one corner and more residential districts in another", underlined the mayor of Nanterre, according to whom "l 'future of metropolises is a mix ".

These elected officials also call for limiting land speculation by limiting land sales at auction and redeveloping vacant offices into housing "to build without going to use new agricultural land."