The economic horizon is clearing up in France with deconfinement 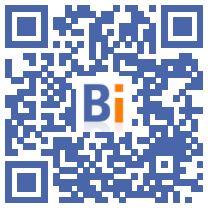 With a rebound in business confidence and improved consumer sentiment in May, the French economy is experiencing a cyclical upturn driven by the gradual lifting of health restrictions and a buoyant international environment, according to analysts.

On the consumer side, household morale is once again approaching its long-term average, increasing by two points compared to April, with French people more confident about their future financial situation and less inclined to save.

And the share of those who believe their standard of living will improve over the next 12 months is back above average.

The rebound is even stronger among business leaders: the business climate exceeds for the first time since February 2020 its long-term average and even the pre-crisis level.

This surge of optimism is above all due to better prospects for services, with the reopening of all businesses closed since May 19 and an "extremely sharp" rebound in positive opinions in the hotel and restaurant sector, which particularly suffered from the health crisis, specifies the National Institute of Statistics.

The surveys suggest "a strong increase in economic activity, in connection with the gradual easing of health restrictions in France and in a number of countries", notes in a tweet Julien Pouget, the head of the economic department of INSEE .

They also confirm the trend already drawn at the end of last week by the strong recovery of the activity index of the private sector measured by the firm IHS Markit, whose sample is however smaller than that of Insee.

"The French economy is in a rather remarkable situation this spring, it is quite impressive", notes to AFP Philippe Waechter, chief economist at Ostrum Asset Management. "It's a bit equivalent to what we had between May and June last year, but the confinement had been much more marked."

"This month it is very clear, we have a clear improvement in the confidence of all sectors and economic agents", and "it is visible across the euro zone", also notes Philippe Ledent, economist of the bank ING .

But "that does not mean at this stage that the overall level of activity would have returned to its pre-crisis level," warns Mr. Pouget of INSEE.

In its last survey published on May 10, the Banque de France had thus pointed out that the level of activity in April remained 6% lower than that reached just before the Covid-19 epidemic.

"What mainly drains confidence in a positive direction for the moment is really the hope that the economies will be able to reopen", a process in which "the evolution of vaccination plays a very important role", according to Mr. The tooth.

Since the start of the year, France, like the other European economies, "has been a little behind in this recovery process compared to the situation in the United States" or the United Kingdom.

For this economist, the year 2021 is placed in Europe under the sign of catching up and it will be necessary to wait until 2022 to know if the continent is on a trajectory of sustainable growth, "where the United States will probably exceed its level of before - crisis this quarter "due to a smaller drop in activity last year and an earlier recovery.

Philippe Waechter, for his part, sees in the current dynamic "something that can be more lasting and not simply a catch-up effect", in particular thanks to "impulses from the rest of the world (...) today much stronger than they were not ".

He notes in particular that "international trade is progressing at a very fast speed, we are at almost + 7% in March over one year, which we had not seen for a very long time".