China has the capacity to "cushion the shock" Evergrande, says OECD 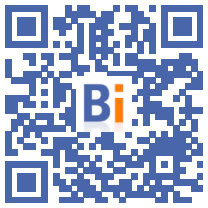 China has the capacity to "cushion the shock" linked to Evergrande, the biggest Chinese real estate developer which threatens to go bankrupt and raises fears of turmoil on the Chinese economy, even the world, indicated the chief economist of the OECD, Laurence Boone.

"We believe that the Chinese authorities have the fiscal and monetary capacity to cushion the shock," Ms. Boone said Tuesday during a press conference on the international organization's global economic forecasts for 2021 and 2022.

The biggest real estate developer in the country, in terms of turnover, is crippled with debt and could go bankrupt.

This week, some began to raise the specter of a "Chinese Lehman", in reference to the fall in 2008, during the crisis of the "subprime", of the American bank and the shock wave that followed for the system. global financial.

On the risks of contagion abroad, "we must observe the real sphere (consumption, growth, etc. Editor's note) and the financial sphere," said Ms. Boone.

"Regarding the real sphere, when Chinese demand decreases, there can be an impact," she continued, China representing a global growth engine with an expected increase in its GDP of 8,5% this year according to OECD forecasts.

The international economic organization has calculated in particular that a drop in Chinese demand of 2% for two years, which is not currently the case, could have the effect of reducing the global economic activity of the order of 0,5%.

The real estate sector is a key driver of China's economy. It represents about a quarter of its GDP and was instrumental in the recovery from the pandemic.

Regarding the financial sphere and fears of contagion, "the connection between Chinese financial markets and others is less than what we see in the Western world," said Ms. Boone. "So the impact would be relatively small, except for some companies."

In a report released a few days ago, the S&P rating agency said authorities would likely step in if they fear the crisis will pose risks on a large scale.