"Youth employment contract", instructions for use 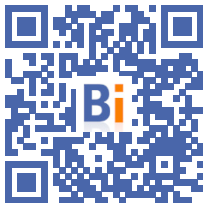 The executive presented on Tuesday the "Youth engagement contract", which takes over from the Youth Guarantee from March 1: what does this system of access to employment provide? Who are the affected ones? How much will it cost? What criticisms are emerging?

What does the CEJ provide?

The Youth Engagement Contract replaces the Youth Guarantee, launched in January 2017 to promote access to employment for 16-25 year olds. The aim is to harmonize the existing support systems and to offer more intensive and individualized monitoring.

Lasting from nine to 18 months, the Youth Guarantee, managed by the local missions, offered intensive support during the first six weeks. The EYC, which can last from six to twelve months, intends to offer "intensive support from start to finish", with a compulsory activity of 15 to 20 hours per week.

Supported contract, curriculum vitae workshop, pre-apprenticeship, training, etc .: it is in summary the whole range of solutions proposed by the platform "1 young, 1 solution" which will be "wrapped" in this device. It may be offered by the 900 Pôle Emploi agencies and 1.400 local missions, as well as by other public or private organizations.

A mobile application will allow each beneficiary to exchange views with a dedicated referent, to obtain information and to demonstrate their "diligence" and "motivation", according to the government.

Who is the employment contract for?

The CEJ is aimed at young people under the age of 26 who are "permanently unemployed or without training, often for lack of financial, social and family resources and who wish to actively embark on a path to employment". It concerns in priority the adults even if the 16-17 years old could exceptionally be helped.

The government estimates that 500.000 of the million young NEETs (not in employment, training or education) are not "able to find a job on their own, even though they want to work".

What is the cost of the measure?

The Youth Engagement Contract represents an investment of 2,6 billion euros, of which 2,050 billion euros are part of the 5,4 billion euros budget for the "1 young person, 1 solution" plan, and 550 million euros. additional euros which will supplement the 2022 finance bill by amendment.

This sum is intended to finance "the solutions of training and additional activities which we need (...), the cost of the allowance (150 million euros) and the strengthening of Pôle emploi", detailed the Prime Minister Jean Castex.

Matignon specifies that the workforce of Pôle emploi will be reinforced to the tune of 900 full-time equivalent jobs on permanent contracts, and that the local missions will receive an additional subsidy of 75 million euros. In total, 100 million euros more will be devoted to public employment services.

What criticisms are emerging?

The measure has been strongly criticized on the right of the political spectrum, LR denouncing a logic of "assistantship" and a "check more" in the run-up to the presidential election.

The left, the integration sector and youth associations point the finger at a measure with planed ambitions, which concerns too few young people, with a logic of duration which does not make it possible to "stabilize", and a speech which makes the large part in the logic of "rights and duties" when the fact of having a minimum income should according to them be a right.

In a context of economic improvement, the government is assuming to focus "on young people who really need it and who are far from employment", underlined Mr. Castex. "We believe and we have always believed that work, activity (...) are central values ​​in society," he said.