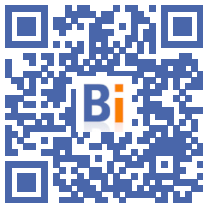 The Brazilian Amazon experienced its worst month of August since 2010, with an increase in the number of forest fires of 18% compared to the same month last year, according to official figures published Thursday, September 1.

Satellites from the National Institute for Space Research (INPE) detected 33.116 fires in the Amazon last month, compared to 28.060 in August 2021.

August is usually the most critical month for forest fires, in the heart of the dry season.

No less than 3.358 households were identified for the single day of August 22, unheard of for a daily count since September 2007.

This is a figure three times higher than August 10, 2019, known as "fire day", when Brazilian farmers launched a vast burning operation in the northeast. The smoke had spread to Sao Paulo (south), some 2.500 kilometers away, arousing strong international condemnation.

Over the first eight months of the year, the INPE detected a total of 46.022 outbreaks of fire, an increase of 16% compared to the period January-August 2021.

“This unbridled increase in the number of fires over the past four years is closely linked to the increase in deforestation”, explains Mariana Napolitano, from the Brazilian branch of WWF.

"The Amazon rainforest is tropical and humid. Fire is not part of its natural cycle. Fires do not happen spontaneously, they are always linked to human actions," she continues.

According to experts, these fires are notably caused by farmers who illegally clear the land by burning trees.

Deforestation is also at its highest in Brazil, with 3.988 km2 deforested in the first half of the year, a record since data began being compiled by INPE's Deter satellite monitoring system in 2016.