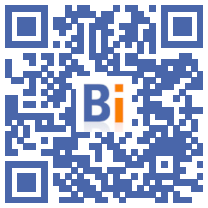 Vinci announced Tuesday a turnover for the third quarter higher than that achieved over the same period before the health crisis, driven by its energy and construction sectors.

The Construction division continues to pull the group forward, with Vinci Energies confirming its momentum: the two branches are showing turnover at their pre-crisis levels.

Indeed, Vinci Construction achieved a turnover of around 7,1 billion euros (+ 5,1%) in the third quarter, or more than half of the group's total revenue. Its French market, which represents 49% of its activity, is notably driven by the Grand Paris Express projects.

The airport branch remains the only one to suffer very largely from the health crisis with levels of turnover and passenger traffic more than twice lower than those of 2019. However, the group "observes a gradual recovery in its traffic after a difficult start to the year "and" expects passenger traffic in 2021 to be very close to that of 2020 ".

Sign of the group's "good financial situation", Vinci will resume its share buyback program, up to a limit of 200 million euros, interrupted in March 2020.