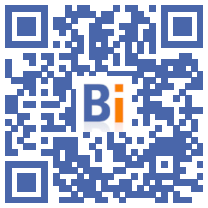 TotalEnergies announced Tuesday the signing of several agreements with Libya to promote the "sustainable development" of the country's natural resources, in a press release.

These contracts were signed during the "Libya Energy & Economy Summit, the first economic conference organized for 10 years in Libya at the initiative of the government of national unity", it is indicated.

They "aim to develop solar projects to bring electricity to the people of Libya and to invest in projects to reduce gas burning on oil fields to supply gas to power plants as well as to contribute to the objective. to restore the country's oil production to reach 2 million barrels per day and supply world markets, "said the French giant.

A memorandum of understanding was signed between TotalEnergies and the country's national electricity company, "relating to the development of solar photovoltaic projects with a total capacity of 500 MW, in order to supply the Libyan electricity network" .

"In addition, the Council of Ministers of the Government of National Unity has approved the joint acquisition by TotalEnergies and ConocoPhillips of the 8,16% stake held by Hess in the Waha company's oil concessions," which will bring the TotalEnergies share in these concessions from 16,33% to 20,41%, ”the press release said.

During the conference, TotalEnergies also specified having "confirmed its desire to develop the production capacities of the Waha concessions, in particular the North Gialo project" and "to invest in gas collection projects to reduce burning and supply power plants in the region and using solar energy to power industrial facilities in Waha ".

"These agreements reflect TotalEnergies' desire to strengthen its investments in the energy sector in Libya. Our ambition is to help the country build a more sustainable future through better use of its natural resources, particularly energy. solar, with the direct effect of facilitating the population's access to cleaner, more reliable and more affordable electricity, "said Patrick Pouyanné, CEO of TotalEnergies, quoted in the press release.

The group "thus takes advantage of its leadership position in this region where the least expensive hydrocarbons are produced, to continue its development in renewable electricity", highlights the CEO.