Addressing the sale of the Stade Vélodrome to OM would be "too premature", according to Marseille city hall 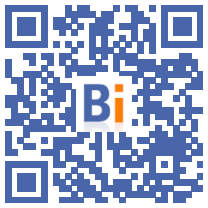 The question of the sale of the Stade Vélodrome to the Olympique de Marseille (OM) was not discussed during the meeting between the mayor and the American owner of the club, it would have been "too premature", explained the city to AFP Thursday.

"There will be no sale as long as the club's situation is not stabilized," insisted the municipality, commenting on the meeting between the mayor, Benoît Payan, and Frank McCourt on Monday.

"The ambition of the mayor of Marseille Benoît Payan remains to sell the stadium to the club", however confirmed the city: "But let things calm down and wait to see the ambitions of Mr. McCourt".

"Mr. McCourt said he would return soon, the subject can then be addressed concretely," said the town hall.

"But we must first let the situation of the club return to order," insists at the town hall, in reference to the recent upheavals within OM, with the dismissal of President Jacques- Henri Eyraud, his replacement by the Spaniard Pablo Longoria, ex-sporting director, and the arrival of a new coach with the Argentinian Jorge Sampaoli.

The town hall had already specified that Monday's exchange between Mr. Payan and MM. McCourt and Longoria, for mayor, had been "cordial and constructive". The mayor of Marseille had "again asked Mr. McCourt to calm the situation" born in particular of the very bad relations between Mr. Eyraud and the supporters, against a background of half-mast results.

On February 4, during an exchange on Facebook with Internet users, Mr. Payan recalled his intention to sell the Vélodrome, "a financial mismanagement": "Niet, finished, 15 million euros from the pocket of the Marseillaises and Marseillais for 30 years, finished, ”he said.

He was referring to the public-private partnership between the city and Arema, a subsidiary of the Bouygues construction group, since 2015 and until 2045, following renovation work on the stadium for Euro-2016.

"But this question of rent is difficult to tackle in the current context" of football, with empty stadiums due to the Covid-19 crisis, we recognized Thursday at the town hall, on the side of the new municipality of left.

LR mayor of the city for 25 years, Jean-Claude Gaudin had always refused "to be the mayor of Marseille who will sell the Vélodrome".