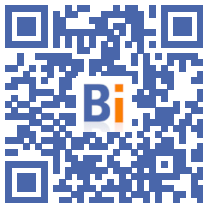 On February 18, the Government presented the details of the environmental regulations for new buildings RE2020: regulations for low-carbon buildings, which promote the diversity of construction methods and the mix of materials. He also confirmed a 6-month postponement to allow professionals to prepare for the new standards.

Emmanuelle Wargon, Minister Delegate to the Minister for Ecological Transition, in charge of Housing, brought together by videoconference this Thursday, February 18 the main representatives of the construction world to announce the latest decisions concerning the new environmental regulations for new buildings, the RE2020.

After the announcement of the main orientations by Barbara Pompili and Emmanuelle Wargon on November 24, these latest decisions come to end a rich and intense consultation phase, during which the Higher Council for Construction and Energy Efficiency (CSCEE) issued an opinion and its recommendations. The ministers thank all the players for their contributions, which made it possible to make several adjustments to the draft regulation in order to ensure its implementation and success, while maintaining its initial ambition.

In particular, the entry into force of RE2020 will finally be set for January 1, 2022, after publication of the texts by the end of the first semester. Keeping a quick implementation schedule, this date leaves the few months necessary for the entire sector and in particular for designers and promoters to bring their upcoming projects into line with the new requirements. The implementation of the RE2020 will also be an opportunity to simplify the administrative formalities when filing the building permit.

Similarly and in order to ensure that the trajectory set by RE2020 allows the necessary innovations and industrial developments to be deployed on time, the other milestones provided for by RE2020 are postponed by one year (the dates of 2024, 2027 and 2030 becoming 2025, 2028 and 2031).

Overall, the requirements set by RE2020, which reflects the Government's guidelines for ecological transition in the building sector, remain unchanged, whether in terms of energy sobriety, phasing out fossil fuels, improving living comfort. summer or decarbonization of construction throughout the life cycle. The consultation made it possible to make several adjustments.

To accommodate the transition planned for entry into force, building permits for individual gas-heated houses may still be obtained until the end of 2023 when a planning permit providing for gas service has already been issued.

A specific regime will also be provided to encourage the development of district heating networks, which is a strategic issue in the national policy to decarbonise heating in buildings.

At the same time, reflection on specific mechanisms for developing biomethane for construction projects will continue.

The ministers were able, during the announcements of November 24, to underline the growing role that wood and biobased materials will play in the future of construction. Emmanuelle Wargon however wanted to stress to the actors gathered today that the regulations are based on a requirement for results and not for means, will make room for the diversity of construction methods and will promote the mix of materials. Beyond the use of materials that store carbon (wood and biobased), this new regulation will encourage the use of geosourced materials (such as freestone or raw earth) and more common materials (brick and concrete in particular) which will be carbon free, as well as the introduction of more mixed materials.

In this regard, adjustments concerning the thresholds for the carbon impact of construction were presented, which, while maintaining full consistency with the national low-carbon strategy, ensure that by 2031 (last milestone set by RE2020), various construction methods will have their place and that, subject to their decarbonization commitments, all materials will continue to be used, according to their respective strengths.

Standardization work at French and European level will also be undertaken on the "dynamic life cycle analysis" method adopted for the regulations to count carbon emissions throughout the life of the building and take into account the temporary carbon storage.

In order to support the ambitious trajectory set by RE2020 and encourage constructive innovation, Emmanuelle Wargon also announces the opening of a Call for expressions of interest (AMI) dedicated to the mix of materials, funded by the Program. investments for the future (PIA 4).

Finally, the meeting with stakeholders was also an opportunity to discuss the issues of industrialization of construction processes and methods and issues of competitiveness of the sector, based on the presentation by Robin Rivaton and Bernard Michel of their report the subject.

For the FFB, the government's latest arbitrations on 2020 environmental regulations (RE2020) are going in the right direction.

In fact, displaying ambitions that remain very high, this regulation will strengthen the environmental quality of new housing and will encourage industries to innovate. However, it is a bet on the future: certain requirements for 2028/2031 remain unattainable with current technologies and require major changes in all building trades and in industry.

Faced with this uncertainty, the FFB welcomes the establishment of a review clause "on the fly". It will make it possible, depending on the feedback from the field recorded in an ad hoc observatory, to adapt the requirements, both upwards and downwards.

On the other hand, the FFB regrets the stigmatization of gas and hopes that the work to take green gas into account will continue.

For Olivier Salleron, president of the FFB,“In its new version, the RE2020 remains very ambitious and the FFB is pleased that the review clause will make it possible, in the coming years, to adapt the 2028 and 2031 requirements in the light of experience feedback. We are going to get involved to meet the challenge. However, it will be necessary to ensure sufficient support measures to enable our customers to bear the additional costs associated with this new market and for our companies to structure, train and equip themselves accordingly. "

The first thermal regulations were introduced in 1974, following the oil shock, with the objective of setting energy consumption limits for new residential buildings. At the rate of about one per decade, thermal regulations followed one another until the 2012 thermal regulations (RT2012), in force since January 1, 2013 and still in force today. These regulations have become more demanding over time and have covered increasingly vast fields. Heating, glazing, ventilation or even insulation, they have nevertheless always kept the almost exclusive objective of reducing energy consumption. By signing the Paris Agreement in 2015, France made an important commitment in the fight against climate change. Greenhouse gas emissions must decrease and the effort be distributed among the various sectors.

This ambition was reaffirmed in the energy-climate law, which plans to achieve carbon neutrality in 2050. It is a challenge for all sectors and in particular the building sector, which represents more than 25% of national emissions in 2019, (in 2nd position after transport).

Also, the State, with the help of players in the sector, has launched an unprecedented project to take into account in regulations not only energy consumption, but also carbon emissions, including those related to the phase of building construction: 2020 environmental regulations (RE2020). This new regulation, which will replace RT2012, emerges from the will of the State and from dialogue with the players who have decided to act collectively to reduce building emissions.

RT2012 was largely inspired by an experiment which preceded it, through the low consumption building label (BBC). Likewise, in 2017, the State launched the E + / C- experiment to characterize buildings that are both low in energy and low in carbon, thus serving as a starting point for developing RE2020.

For the first time, construction stakeholders were able to work on a life cycle carbon indicator, which enabled environmental regulations to be calibrated. RE2020 is now ready to enter into force on January 1, 2022.