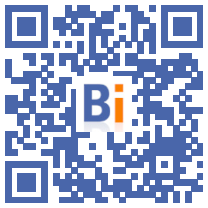 French growth among the most significant in the euro zone: INSEE will publish on Friday January 28 its first estimate of the extent of the rebound of the French economy in 2021, after the historic recession suffered in 2020 due to the health crisis.

The national statistics institute expects, like the Banque de France, an increase in gross domestic product (GDP) of 6,7% in 2021, after the fall of 8% the previous year.

The government has not formally revised its forecast of 6,25%, but Economy Minister Bruno Le Maire has acknowledged that this figure will be exceeded.

If these forecasts are confirmed, France will have been one of the best performing countries in the euro zone in 2021, with growth, for example, having peaked in Germany at 2,7% (-4,9% in 2020), hit hard by shortages of raw materials and components for industry.

No more roller coasters of 2020, where confinements had stopped or significantly slowed down activity: 2021 was the year of recovery, first slow at the start of the year then much more frank from spring , despite the third and fourth waves of the Covid-19 epidemic.

"What has played favorably on the French economy is that all economic policy has focused on reducing all risks for businesses and households", analyzes Philippe Waechter, chief economist at Ostrum Asset Management.

Thus, the State still spent last year a little more than 60 billion euros to support the economy and avoid bankruptcies and rising unemployment, at the cost of a public deficit which should be around 7%.

Employment also had a boom year, with an employment rate (number of French people having a job) at a level not seen since 1975, according to figures published in November by INSEE. The unemployment rate was 8,1% at the end of September.

“We have the impression that business leaders are ready to hire no matter what and do not give the feeling of anxiety that we generally have at the end of a recession or crisis”, analyzes Philippe Waechter.

Business and household investment, particularly in real estate thanks to the surplus savings accumulated since 2020, have also exceeded their pre-crisis level.

Household consumption is slower to recover and INSEE will say on Friday whether it has returned to its pre-pandemic level in the last quarter.

The danger of inflation

The French economy is thus starting 2022 in a favorable context and the sequence of Delta and Omicron variants of Covid-19 should "not weigh that much", except in "two or three sectors", namely the hotel and catering industry. , leisure activities and transport, victims of the restrictions, judge Stéphane Colliac, economist at BNP Paribas.

INSEE forecasts growth of 0,4% in the first quarter, then 0,5% in the second. The government is counting on a 4% increase in GDP over the whole year, against 3,6% for the Banque de France.

A major concern will be the impact of inflation, with rising oil, electricity and food prices. It reached 2,8% over one year in December.

This could penalize the purchasing power of households despite the "income dynamics" due to job creation, and weigh on consumption, the main component of French growth, warns Mr. Colliac.

With the approach of the presidential election, the executive is trying to put out the first fires, with several devices such as a new energy check, an inflation allowance being paid to 38 million people, the capping of gas prices and electricity and better mileage allowance.

But given the situation of public finances, this cannot last, believes Philippe Waechter.

“For the moment we have passed between the drops and we have maintained purchasing power. If from May the question of the health crisis fades, that is where things will be complicated” for the future government, which will also have to "give pledges" to our European neighbours, he adds.