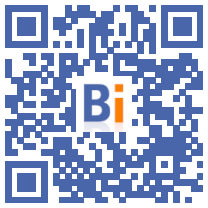 The growth and spending forecasts made by the government in its revised budget plan for 2021 are still subject to many uncertainties about the evolution of the epidemic and the resumption of activity, warns the High Council of Public Finance on Wednesday. (HCFP).

This draft budget, which the government is due to adopt on Wednesday in the Council of Ministers, includes nearly 20 billion euros in new spending, including 15,5 billion to replenish emergency support for households and businesses to cope with the crisis.

The government is maintaining its growth forecast of 5% for this year, while it worsened its forecast for the public deficit (+ 9,4%, against 8,5% in the initial finance law) and revised its budget downwards. debt forecast at 117,2% (against 122%).

For the HCFP, the growth forecast is "realistic". Although the sharp rise in consumer sentiment and the business climate in May may "portend a somewhat faster absorption of business losses, leading to somewhat higher growth" in 2021, "the economic situation is nonetheless surrounded significant uncertainties, ”he emphasizes.

Among these hazards, he cites the risk of a rebound in the epidemic, changes in business investment, household consumption, the financial situation of businesses, or even the international environment.

The HCFP also considers "cautious" forecasts for the development of employment this year. The government expects wage employment growth of + 0,1%, while the growth overhang after the first quarter is + 0,9%.

In terms of public finances, the High Council believes that revenues could turn out "a little higher" than what the government plans if the GDP and the wage bill are ultimately higher than its prudent forecasts.

On the expenditure side, the HCFP underlines the great uncertainty surrounding the government's expectations. The final level of expenditure "will depend on the pace of the gradual phasing out of support measures or even the adoption of new measures in the event of the epidemic resuming in the second half of the year".