Livret A remained popular in the first half of the year 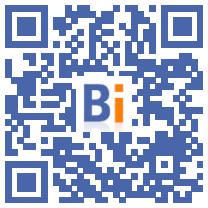 The French continued to fill their Livret A abundantly in the first half, with nearly 16,5 billion euros net added to this popular investment, a success due to the rise in the rate on February 1st.

If this sum is slightly lower than the 16,74 billion euros net collected over the first six months of 2021, while France was still experiencing episodes of confinement and curfew, it is much more than the 11,57 billion euros of 2019.

The year 2020 had meanwhile been exceptional with 20,41 billion garnered in the first half, a direct consequence of the pandemic and the confinements.

According to an analysis by the mutual banking group BPCE, the household savings rate, all products combined, has certainly fallen back to around 16%, after peaking at 27% during the first confinement, but has not returned to its pre-level. -Covid, at 15%.

If the pandemic had acted as a catalyst for this booklet held by nearly 55 million French people, it now seems that it is the revaluation of the Livret A rate, raised to 1% on February 1 (compared to 0,5% previously, historic low), which pushed the French towards this means of savings in the first half of the year. And a new revaluation is to come on August 1, at 2%.

In February and March, the net inflow made by the Livret A (ie the difference between deposits and withdrawals) was greater than last year at the same period. Conversely, the months of April to May then did less well than in 2021. Finally, June held up well, with 1,04 billion euros collected.

In addition to the revaluation of the Livret A, the rise in prices, which reached 5,8% over one year in June, a level more seen since the 1980s, could also play a role, according to Philippe Crevel, director of the Cercle de l' savings, which speaks of a “golden semester for Livret A”.

"Households have continued to place part of their cash on the Livret A despite inflation or even because of inflation," he says.

"They put money aside in order to build up a precautionary cushion. The fear of a deterioration in the economic situation leads them to maintain a major savings effort," adds Mr. Crevel.

Moreover, even with a rate that will drop to 2%, given the rise in prices, the real yield of the Livret A will remain negative, that is to say that the value of the amount of capital with interest will diminishes over time.

By adding the Sustainable and Solidarity Development Booklet (LDDS), the French invested 19,06 billion euros net in the first half.

At the start of the Covid-19 crisis, the Livret A and the LDDS saw a very sharp increase in investments, benefiting from their status as a safe haven, to the detriment of life insurance, which had then experienced a drop in its contributions.