The French stimulus plan, which is effective in the short term, must prove itself in the long term 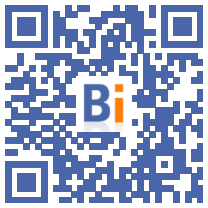 The French stimulus plan has helped to quickly restart the economy after the shock of Covid-19 but its effectiveness may have come at the expense of the quality of certain projects, according to an assessment report submitted to the government on Tuesday.

"The short-term macroeconomic objective has been achieved or will soon be achieved in terms of activity and even more in terms of jobs", welcomed the chairman of the evaluation committee, Benoît Coeuré, at the meeting. a presentation to the press.

However, "we do not know how to quantify the specific contribution" of this plan, called "France Relance", "in relation to all the factors" which allowed the recovery, qualified Mr. Coeuré.

He stressed that this was the first time that a public support plan has been assessed so quickly and independently, while the 100 billion euro plan, launched in the summer of 2020, runs until the end of 2022. .

The economist also praised the work of "Bercy as coordinator", because "the operational objectives will be met", in particular that of committing 70 billion euros before the end of 2021.

At the end of August 2021, 47 billion euros had been committed and 29 billion disbursed.

For its part, the government took "good note of the results of the report and its conclusions", recalling that the committee "will continue its work", according to a press release.

"The speed of deployment of the plan was made possible by the efforts made to ensure the readability and accessibility of the measures, the targeting of the measures and the mobilization of economic players," he stressed.

Benoit Coeuré however considered that there was a risk "that by favoring a rapid disbursement and a massification of aid, we lose in quality what we have obtained in quantity, and that we do not know how to measure the impact. transformational, on competitiveness or on the energy transition, of this plan ".

France Relance ensures the transition between the emergency measures taken to preserve the productive apparatus during the health crisis and the France 2030 long-term investment plan, he stressed.

In detail, the Coeuré report notes that the MaPrimeRénov energy renovation scheme for private homes, which existed before the crisis, has been extended, which has made it possible to benefit more households, including those with intermediate or higher incomes. Despite this expansion, "81% of beneficiaries were households with modest or very modest income," according to the committee.

The results are more mixed for the renovation of public buildings because the implementation, "both of the State and of the local communities, has favored work that can be carried out quickly", which has sometimes "led to the selection of large projects to be lower energy impact ", regrets Mr. Coeuré.

Priority to the offer

On the industrial side, he considered that the plan is very useful for SMEs but that, for large companies, certain investment projects were already in the pipeline and that we have "simply gone from self-financing or from bank financing to financing by public subsidies ".

In addition, "given the speed of selection" of the projects supported, "we cannot be sure that there is behind an analysis grid oriented towards the objectives of transformation of the industrial tool", added the chairman of the evaluation committee.

Consequently, "we are a little cautious about the long-term impact", in particular "the cross-impact of industrial aid on ecological transformation and on decarbonation, for which we really have very little information at this stage" , said Mr. Coeuré.

At European level, the French stimulus plan is "in line with the average of European countries in terms of its size, France having favored, like the United Kingdom, measures of supply". In view of the current problems on the supply chains, this is "rather positive, because of such a nature as to loosen the constraints on the offer", judged the president of the committee.

France is also distinguished from Germany by its speed of disbursement, while the Italian plan, of a larger dimension, is slower to be implemented.