The 20 years of Paris Plages under the sign of sport 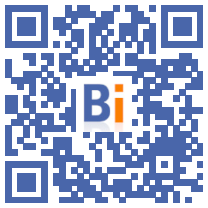 Paris Plages is 20 years old: summer development of the capital, it begins Saturday on the right bank of the Seine and the La Villette basin with a resolutely sporting program for the 2024 Olympics, while waiting for the Trocadero whose program is dotted after a vote of the City Council.

So that you feel like you are on vacation - even without sand, abandoned in 2017 -, but also in Olympic form: until August 22, Paris Plages celebrates its 20th anniversary with the backdrop of the entrance to the capital in "its" Olympiad at the end of the Tokyo Games - from July 23 to August 8 -, where the mayor PS Anne Hidalgo will receive the Olympic flag during the closing ceremony.

Sport, it will be a question on the pedestrianized banks of the Seine with tai chi, pétanque or table football. Disciplines also present around the basin of La Villette, where water sports will be in the spotlight: canoe kayak, kayak polo, stand up paddle, pedal boats but also a floating climbing wall ... Swimming is carried over there with four accessible pools. until September 9.

There will not be only for the sportsmen: concerts and artistic performances during an opening weekend dedicated to Africa on the basin of La Villette, inclusive ball on the quays of the Seine on Saturday, cine-concert in tribute to Charlie Chaplin Monday and Tuesday on the forecourt of the town hall ...

Board games and activities around reading and writing for the youngest, photo or poetry exhibition for the older ones: education and culture are not forgotten, nor the followers of idleness who should fight for a deckchair near a palm tree.

In a context of progression of the Delta variant which raises fears of an epidemic resumption, wearing a mask is "recommended" and anti-Covid mediators will offer "help in making appointments" for volunteers for vaccination .

And the Trocadero? New to Paris Plages, the famous gardens facing the Eiffel Tower will host an ephemeral stadium entirely dedicated to sport from July 17 to September 13: broadcast of the Tokyo Olympic and Paralympic Games, 3-way skate and basketball competitions, initiations ...

But for various reasons (tranquility, heritage, environment), the elected LR, Modem and EELV - the latter yet allies of Anne Hidalgo - voted against the price list linking the town hall to private partners, forcing deputy Pierre Rabadan to find another financial package within a week. The latter said he was "determined to bring this project to fruition".