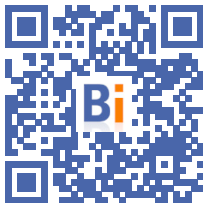 Rural families asked Prime Minister Elisabeth Borne on Friday for "an emergency plan" to help households face the "new expenses" scheduled for the coming months in terms of energy.

The president of the association, Guylaine Brohan, calls on the government to "organize energy meetings", in a letter dated June 7.

"As of this winter, millions of French people will be faced with new expenses that most of them will not be able to meet," writes Familles Rurales in a study accompanying the letter, published on Friday.

Several regulatory provisions are cited, such as the end of new oil-fired boilers on July 1, then measures on wood heating, as well as the ban on the rental of the worst thermal sieves next year.

The measures “will potentially impact 2/3 of French households, which for the most part will not have the means to assume them”, according to Rural Families.

"The rural environment, due to an older housing stock, less well insulated and using more polluting heating energies and doomed to disappear, is particularly affected and concerned by the energy transition underway", notes the family association.

She is worried about the cost for households of installing a new heating system (up to more than 25.000 euros) or renovating an energy strainer (from 15.000 to 60.000 euros).

There are, however, aids but they are considered difficult to read and incomplete, leaving a charge "often dissuasive".

The association thus formulates a series of measures to better support families: impose on renovation professionals an obligation of result, reduce VAT to 5,5% for all heating energy. It defends zero rest renovation for owners of main residences with modest resources and a promotional contribution for others.

Inflation, fueled by the rise in the prices of energy and certain food products, is currently giving rise to concerns about purchasing power.

As the first round of legislative elections approaches on Sunday, the government is putting forward measures already implemented or promised (food voucher, tariff shield, fuel discount, etc.) but the opposition believes that they are not sufficient.