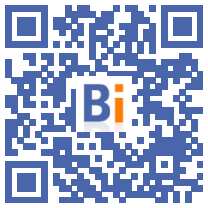 The emblematic post office on rue du Louvre, in the heart of Paris, reopens on Tuesday January 18 after six years of spectacular renovation that gives pride of place to digital technology, but we will no longer be able to post an urgent letter 24 hours a day as before.

The huge building, completed in 1888, covers an entire block of houses a stone's throw from Les Halles. Behind its proud stone facade hides a jewel of industrial architecture from the end of the XNUMXth century, with in particular a metal frame that the restoration has magnified.

"What guided us was obviously the heritage," explained architect Dominique Perrault, chosen in 2012 to restructure the premises, during a brief inauguration ceremony last week.

"Baron Haussmann (who transformed Paris under the Second Empire, editor's note) did not see with a delighted eye the appearance of a factory near the Louvre and the architect Julien Guadet brought a completely extraordinary answer: he monumentalized the factory of the time, he gave it a completely urban dimension, quite exceptional", he said, believing that the building was rather reminiscent of the buildings in southern Manhattan, in New York.

"We wanted to protect this heritage, but also to integrate it, insert it, project it (...) into the future, in order to accommodate not only La Poste, but also other uses", he explained.

The sorting center housed in the building - a real factory - has long since moved to the suburbs, and the quantities of letters transported have melted. The public group, still owner of the premises, has therefore found tenants, who will allow it to occupy the space and amortize the 150 million euros that the construction site cost.

"La Poste du Louvre is an emblematic place of our group's ability to transform itself", describes the CEO of La Poste Philippe Wahl.

A luxury hotel has already opened its doors. Called "Madame Rêve", it will open in the spring a bar offering a breathtaking view of the center of Paris, installed on the tree-lined roof. The real estate program also includes social housing, a police station, offices, a daycare center and thirteen thematic shops, which La Poste wants "conceptual".

The building now extends over nine levels for a total floor area of ​​32.000 m2, while the central courtyard has become a patio opening onto the adjacent streets.
La Poste is going to relocate the private banking part of La Banque Postale there, and is developing a vast space dedicated to urban logistics for Colissimo, in the basement where the stables were located until 1908.

“The parcels will arrive by electric vehicle and leave by bicycle” to be distributed in four Parisian districts, notes Nicolas Fournel, project director at Poste Immo.

And then, of course, there is the return of the post office, which had been closed since 2015. It remained in the memory of Parisians who rushed there to send their tax declaration at the last moment, the stamp of the authentic post.

"After six years of work, we are reviving the tradition of a very accessible post. We are on a combination of heritage and modernity", insists Nathalie Collin, director of the network and digital.

The decor of the 1960s has disappeared to make way for a very contemporary, bright space, open both to the street and to the interior courtyard.

This radical restoration nevertheless made it possible to find the original paintings of the ceiling.

The traditional counters have disappeared, with the exception of a single office at the back, near the philatelic window. In their place, sales terminals and multimedia screens await customers, as well as a venerable Citroën courier, transformed into a mini-examination room to pass the highway code.

“Client managers will be closer to customers (…) by moving with their smartphone to meet their needs,” explains office manager Linda Prince.

The office will no longer be open 24 hours a day, but from 24 a.m. to midnight Monday to Saturday, and from 08 a.m. to midnight on Sunday. The last lifting is at 00:10 p.m., as in the other Parisian posts, but it will always be possible to have your mail stamped until closing with the postmark of the day, specifies La Poste.