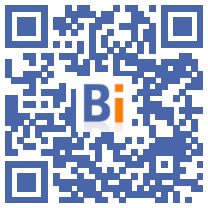 The skills investment plan (PIC) aimed at training two million additional young "dropouts" and unemployed over the five-year period, reached at the end of 2020 "a little more than half of the objective", but the rate of access to employment has suffered from the health crisis, according to a progress report presented on Monday.

"Compared to our overall objective, which was to train two million additional people over the entire five-year period -from 2018 to 2022-, at the end of 2020 we are at a little more than half of the objective," said Carine. Seiler, High Commissioner for Skills, during a videoconference with the Ministry of Labor, on this "mid-term" assessment.

Since 2018, 1,079 million additional people have been trained thanks to the "PIC" for which 7,2 billion euros have been "already committed". It is in the trajectory "of what was planned" by this plan of 15 billion euros over five years for young people removed from the labor market and job seekers with little or no qualifications, she continued. .

And "we will achieve the objectives of two million additional courses over the entire five-year period with the projections that we make for 2021 and 2022", with respectively 530.000 and 510.000 entries into training planned thanks to the PIC, and 150.000 others via the recovery plan .

More than a million entries into training

As a result, the rate of access to training is improving: while in 2015, one in ten unemployed people were taking training, in 2020 "nearly one in six unemployed" is concerned, according to Ms. Seiler.

The rate of access to employment six months after training, which had increased by 1,5 points before the health crisis, to 57,6%, on the other hand suffered from the Covid-19 crisis, falling to 50,8, XNUMX%.

This drop of 7 points will "undoubtedly" not be completely caught up, because the crisis "will take a few months and a few years to reabsorb", but the objective is to catch up in part, which will depend "on the recovery, on the reopening of a number of closed areas, "said the High Commissioner.

The Ministry of Labor argues that the "PIC" is not a device with "immediate effect", and estimates that its "full effects" should be "even more" visible in a year.