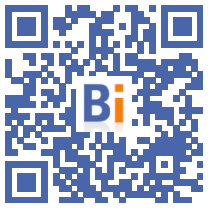 In a speech with meeting accents, Emmanuel Macron unveiled on Thursday a plan in favor of the more than three million self-employed workers, which makes their personal assets elusive in the event of default and widens access to unemployment insurance.

"You represent the common thread of my commitment in recent years, merit, work, risk taking and the will!", Launched the Head of State, applauded by around 600 members of the U2P, the main organization independent workers - craftsmen, traders, liberal professions ... - at the Maison de la Mutualité.

"We must re-engage the whole Nation in this culture of work and merit, it is a cultural struggle," he added.

He announced about twenty measures, starting with the protection of the personal assets of the self-employed which "will be elusive" in the event of default. "Only the elements essential to professional activity can be entered," he said, while currently only the main residence is protected in the event of a professional blow.

"This is the most important point, it was an ancestral request", reacted to AFP Dominique Métayer, president of the U2P.

"For 27 years and the Madelin law, there had been no text dedicated to all self-employed workers, this plan is therefore a historic step," he said, judging that the "messages" delivered by the Head of State show "a consideration of the specific needs" of these workers, even if he still says awaiting "the precise details" of the announced measures.

To better fulfill a campaign promise, Mr. Macron also announced that all the self-employed who cease their activity will be able to touch unemployment insurance, once every five years, in order to facilitate access to this device with "too restrictive" criteria. ".

It will no longer be necessary to have gone through liquidation or reorganization and the income test will be relaxed, he said. The system put in place in November 2019 has only been used by a thousand people.

"The conditions set were so restrictive that they were very very motivated people who went to seek reform," admitted the President of the Republic.

In fact, out of the 2.396 applications made to Pôle Emploi to date, 59% had been rejected, in particular because the applicants did not meet the eligibility conditions concerning the imposed minimum income threshold of 10.000 euros. per year on average over the last two years.

Other measures announced, aid for optional insurance against accidents at work and occupational diseases, a doubling of the tax credit for the training of managers of companies with less than ten employees, and tax breaks for transmission in the event of departure retired.

On this last point of the transfer of companies, Mr. Métayer made it clear that "only 5% of small companies are transferred, the others disappear. Because it costs less to create a business ex-nihilo".

"Often, you have had the feeling of being the blind spots, the abandoned public policies", again launched the President of the Republic before closing his speech.

He also defended the implementation of unemployment insurance, scheduled for October. "We have to make sure that it is never more profitable not to work than to work," Macron said, receiving a round of applause from small entrepreneurs.

The measures announced in favor of the self-employed will be applicable from January 2022 and implemented via three texts: a dedicated bill, the finance bill and the social security financing bill.