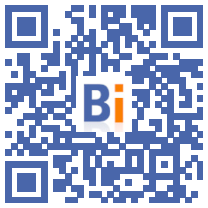 The French economy should grow by 0,6% next year, forecasts the OECD in its latest global projections published Monday, September 26, a level well below the 1% anticipation on which the government is counting, which presents the its 2023 budget on the same day.

The international institution based in Paris has revised down its previous French forecast dating back to June by 0,8 points, in the same way as that of all the States of the euro zone where growth is only expected at 0,3. .1,6% next year against XNUMX% previously anticipated.

Europe is bearing the full brunt of the economic slump caused by the war in Ukraine, which is entering its eighth month and has generated soaring energy prices and serious fears about the supply of gas as winter approaches.

The vertiginous rise in prices threatens the activity of a growing number of companies, especially when renegotiating their electricity or gas supply contracts.

Manufacturing output is at its lowest level in 28 months according to the S&P Global Flash PMI, undermined by "high inflation, excess inventory and falling demand".

The magnitude of the slowdown in the manufacturing sector raises fears of “an imminent generalization of the contraction to the entire private sector”, which increases the risks of recession in France.

Although it is counting on more robust growth than previously anticipated for 2022 in the euro zone, the OECD warns of "risks of a drop in production in several European states during the winter months".

France should also suffer the aftermath of the economic plunge of its main economic partner, Germany, where a recession is anticipated by the OECD next year.

Beyond Europe, it is global growth that will be weaker in 2023 than previously forecast: the OECD now forecasts global GDP growth of 2,2% next year, against 2,8% again anticipated in June.

In addition to the Organization for Economic Cooperation and Development, the Banque de France published economic forecasts in mid-September expecting a sharp slowdown next year with growth of 0,5% according to a reference scenario.