First-time buyers, first penalized by the energy crisis in the face of mortgage loans 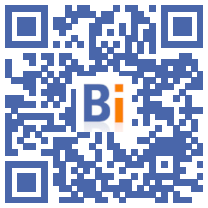 According to the weekly statements of the Ministry of Ecology [1], the prices of diesel and unleaded gasoline have already undergone an increase of 15% since the beginning of the year, while that of gas has increased by 12,6 , 1% as of October 2021, 2 [XNUMX]. This general surge in energy prices has a direct impact on access to credit for certain borrowers, in particular first-time buyers, whose budget is necessarily burdened by these constrained spending ...

The Centrale de Financement therefore warns on the zone of turbulence that the mortgage market is about to cross and hopes that the "inflation allowance" of 100 €, envisaged by the government (to support the French earning less than 2000 € net per month), will avoid widening the social divide between the wealthiest households and first-time buyers, already badly affected by the health crisis and the standards of the High Council for Financial Stability (HCSF) ...

First link in the real estate credit chain, first-time buyers are suffering the full force of the energy crisis. Due to their modest income, they generally go for properties located outside large cities and metropolitan areas. These properties, often old and poorly insulated, induce more sustained expenditure and insulation work to be carried out in order to bring their homes up to the standards of the new Energy Performance Diagnosis (DPE).[3].

With the recent inflation in the prices of raw materials, the envelope they must now allocate for their energy consumption as well as the journey to be made by car to get to their place of work amounts to approximately € 200 per month. A significant sum now taken into account by the banks in the calculation of the remainder to live of the borrowers. The Financing Center has already noted that some of the loan applications from first-time buyers are refused, on the basis of these new selection criteria ...

"We are about to cross a veritable zone of turbulence on the mortgage market: the economic gap between the wealthiest households and those with the lowest incomes, often first-time buyers, risks widening and strengthening the system of a two-speed France in the face of real estate credit. economic dynamism of one of the pillars of the French economy: real estate! " declares Sylvain Lefèvre, president of La Centrale de Financement.