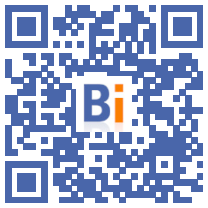 Credit Agricole Assurances and Engie announced Thursday the acquisition of solar and wind energy group Eolia Renovables, one of the largest producers of renewable energy in Spain, for an undisclosed amount.

The insurance group and the French gas company have acquired "97,33% of the shares in Eolia Renovables" from the Canadian fund Alberta Investment Management Corportation, "a statement said.

The operational assets will be held 60% by Credit Agricole Assurances and 40% by Engie, which will be responsible for "developing and building" a "pipeline of projects".

The operation will allow Engie, in full transition to green energies, to "achieve its target of 50 GW of renewable capacity by 2025," the statement said.

In 2020, Engie had already invested in renewables in the Iberian Peninsula by acquiring a 1,7 GW hydropower portfolio in Portugal from EDP.

The former public service monopoly has also just carried out a giant operation in France, by offloading 40% of its activity from the Bouygues group, which bought its services subsidiary Equans for 7,1 billion euros. This leaves him with a bonanza to invest in green energies, his new priorities.

The acquisition of Eolia Renovables will allow Engie "to support Spain in the pursuit of its ambitious objectives in terms of renewable energies and decarbonisation", welcomed the general manager of Engie Catherine MacGregor, quoted in the press release.

The Spanish national energy-climate plan, "one of the most ambitious in Europe, targets a renewable energy consumption of 32% by 2030 (against 20% in 2020), the commissioning of 55 GW of capacity renewable sources and the decarbonisation of the entire electricity sector by 2050 ", specifies Engie.

"This acquisition constitutes a new step in our commitment to the fight against climate change", noted Philippe Dumont, CEO of Credit Agricole Assurances.

"It also contributes to the achievement of our objective, which is to double our investments in renewable energies to reach an installed capacity of 11 GW by 2025", he added. That is the average energy consumption of four million households per year.

The transaction is expected to be finalized "in the first quarter of 2022", subject to obtaining the necessary authorizations, including from the competent competition authorities.