Covid-19: Scientists call for a "paradigm shift" concerning the ventilation of buildings 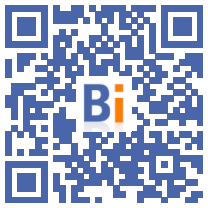 Nearly 40 scientists from around the world have called for "a paradigm shift" by calling for the establishment of ventilation standards in buildings, in order to better fight in the future against respiratory infections such as Covid-19, carried by airway.

"In the 21st century, we need to lay the foundations to make sure the air in our buildings is clean (...) as we expect from the water that comes out of our taps," they wrote in a text published by the prestigious journal Science.

According to them, there is "a great disparity" between the sanitary standards put in place by governments on food and water: control tests, laws on wastewater ..., and the absence of rules on agents. airborne pathogens.

Reason given: their origin is more difficult to determine and their consequences on health, more diffuse.

However, inhalation of fine particles in suspension containing viruses is "potentially the dominant mode of transmission of many respiratory infections", note the experts.

"For decades, architects and engineers have focused on thermal comfort, odor control (...), energy expenditure, and other performance issues, when infection prevention has been neglected," write the scientists.

The only rule for the moment: sufficient air renewal to avoid excessively high CO2 levels generated by the occupants' breathing.

The WHO also has recommendations on indoor air quality for chemicals, but none "to fight against bacteria or viruses whose origin is human respiration," note the experts.

In practice, "air filtration can be done by incorporating filters into the heating, ventilation, and air conditioning system, or by portable air purifiers," they add. Its disinfection could also be carried out by ultraviolet light systems.

"Ventilation certificates" could be distributed to encourage good practice, and information on ambient air quality made visible to all to raise awareness.

The established standards should be different according to the places and the intensity of the activities which are practiced there (sports halls, cinema ...).

These measures will come at a cost, the researchers admit. But it has to be compared to that caused by epidemics, "which can be huge".

"Estimates suggest that the necessary investments (...) should not increase the construction costs of a standard building by more than 1%", according to the text.