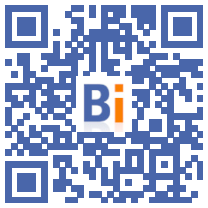 Labor Minister Elisabeth Borne, 59, tested positive for Covid-19 on March 14, announced on Wednesday that she had been discharged from the hospital, where she had been placed under medical surveillance for a few days.

"Just released from the hospital, I am relieved. Thank you to the nursing staff who accompanied me during these difficult days for their wonderful work and to all of you for your messages of support. I have a thought for our fellow citizens who are currently fighting this virus, "she said on Twitter.

This announcement comes as the same day, the entourage of her colleague Roselyne Bachelot, Minister of Culture, announced that she was hospitalized, adding that her "condition is stable and does not cause concern". The 74-year-old minister announced on Twitter on Saturday that she had tested positive "as a result of respiratory symptoms".

Elisabeth Borne, for her part, announced on March 14 on the same social network that she had tested positive for Covid-19, while indicating that she would continue to perform her duties remotely.

Born on April 18, 1961, since July 2020, she has been responsible for the heavy file of Work, Employment and Training, at the time of the Covid-19 crisis.

Previously, in the governments of Edouard Philippe, she had managed the Transport portfolio, then replaced François de Rugy as Minister for the Ecological and Inclusive Transition in July 2019.