Covid-19: 31% of construction companies worried about the sustainability of their activity 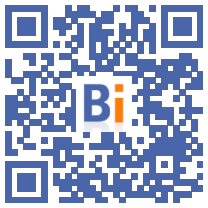 The unprecedented health crisis we are going through raises many questions. Wizzcad, a French specialist in the digitization of the construction sector, carried out, in partnership with the Poll & Roll polling institute, a study on the concerns and expectations of professionals in the sector in the face of the repercussions of this crisis on their activity.

The Wizzcad study of October 2020 tells us that a majority of construction professionals apply barrier gestures and that they consider that the health situation and processes are real obstacles to resuming activity.

This French economic fabric, representing a major national indicator, will see nearly one in two companies risk serious difficulties and be unable to meet their commitments before the end of the year.

Finally, more and more construction professionals consider that the digital transformation of their company is now the only solution to improve their margins.

“The reconfinement gives a particular resonance to the study that we carried out with the actors of the construction industry. While the first of their concerns for the future was that of a total reconfinement, they must today be fully relieved to be able to continue their activity. However, the study tells us that companies in the sector remain feverish. A majority of them have not managed to catch up with the delay accumulated since the start of the crisis and nearly a third of professionals are worried about the sustainability of their business. Unfortunately, their efforts to maintain their activity in the current context do not allow them to maintain a standard level of margins. In addition, the impact of the current health crisis will undoubtedly go well beyond containment and in the world after, it will be vital for players in the sector to deploy new processes to gain agility and productivity. To do this, we are convinced that the digitization of the sector is a key success factor. This study shows that professionals in the sector are also convinced of this even if, to date, few of them have actually already passed the course of digitalization. On this point too, the crisis will change the situation since more than half of the construction industry players have digitized or plan to digitize some of their processes since the first confinement. "

New health protocol: a necessary evil that slows down resumption of activity

To accelerate the return to post-containment activity, the OPPBTP published last April a new reference system allowing construction stakeholders to resume their work sites under the best health security conditions on the work sites.

For the majority of professionals in the sector (74%), this new health protocol on construction sites is considered sufficient to ensure the safety of workers on site. On the other hand, more than half of the companies in the sector (55%) consider that barrier gestures are rather difficult or even very difficult to apply on a site.

This difficulty of implementation is also a very serious concern since construction professionals believe that after the delay accumulated on the sites, the new health protocol put in place is today the second biggest obstacle to the resumption of their activity.

While they thought they could catch up with the delay caused by the confinement, the professionals did not succeed. Indeed, since deconfinement, only 36% of companies say they have succeeded in finalizing the projects planned before the crisis. Almost one in two professionals (48%) thus believes today that they will not be able or probably not to catch up with the delay linked to confinement by the end of 2020. Ultimately, if 69% of respondents are confident about their future, today there are still 31% of companies in the sector who consider themselves worried about the sustainability of their activity.

Companies less productive than before the crisis

As mentioned previously, nearly one in two companies will not be able to catch up with the delay accumulated since the start of the crisis. In this context, improving productivity is a key issue to compensate for the decline in activity over the year, especially since the construction sector is characterized by a very low level of margins.

The digitization of the sector accelerated by the crisis

When asked about their areas for improvement, construction professionals consider that the first 3 levers on their productivity and therefore their margins are in priority order:

For each of these areas for improvement, digital has a key role to play and more than half of professionals in the sector know it since 54% believe that digital is a good way to leverage these areas.

However, the sector is still too little digitalized since only 25% of respondents say they use digital to improve their productivity. But the health crisis should accelerate the digitization of the sector since 32% of the professionals questioned state that they have used or planned to use a digital solution since the start of the current crisis.