Climate law: more than 7.000 amendments on the Assembly's menu 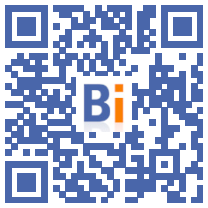 More than 7.000 amendments were tabled by the deputies for the examination of the climate bill, in the hemicycle from Monday, with elected members of the majority who hope for "progress" on certain subjects such as thermal strainers.

These amendments are still being processed by the services of the Assembly and some could be deemed inadmissible, recall parliamentary sources, after the tabling of the amendments on Thursday.

The LR, hostile to a "punitive ecology" lead with 2.269 amendments, ahead of the LREM 1.728, or the non-registered (746) including the elected ecologists Delphine Batho or Matthieu Orphelin.

While the text is highly criticized by environmental NGOs, LREM deputies promised to defend "progress" in session, in particular on the housing component, where the text provides for the ban on the rental of thermal strainers in 2028 ( accommodation classified F and G).

The majority wants to take up certain conclusions of the report presented on March 17 by Olivier Sichel, the director of the Bank of the Territories, which suggests "support" to remove the brakes on thermal renovation of housing.

In line with this report, the government has already tabled an amendment to help low-income households access credit for renovation. This involves broadening the scope of the guarantee fund for energy renovation (FGRE), with a "partial guarantee" mechanism for "advance transfer loans", pledged on the resale of goods or upon succession.

Some LREM deputies also hope to obtain the end of the rental of classified E housing in 2034.

We have "ideas to be more aggressive in favor of bicycles", also assured the general rapporteur Jean-René Cazeneuve (LREM), while a column in the daily Liberation, co-signed by his colleague Guillaume Gouffier Cha denounced the absence of measures for the development of cycling in the initial text.

The government will try to meet the demands of supporters of "the little queen" with an amendment which extends the premium for the conversion of the most polluting vehicles to the purchase of bicycles and electrically assisted bicycles.

As for the advertising aspect, MEPs could define more precisely the “greenwashing” of companies, in order to better sanction it.

The entire text remains highly criticized by the left, environmentalists and environmental NGOs. Members of the Citizen's Climate Convention and associations are calling for demonstrations on Sunday for "a real climate law".